This popular Kilkenny haunt has just won a prestigious award

The pub's owner has also revealed the secret to its success... 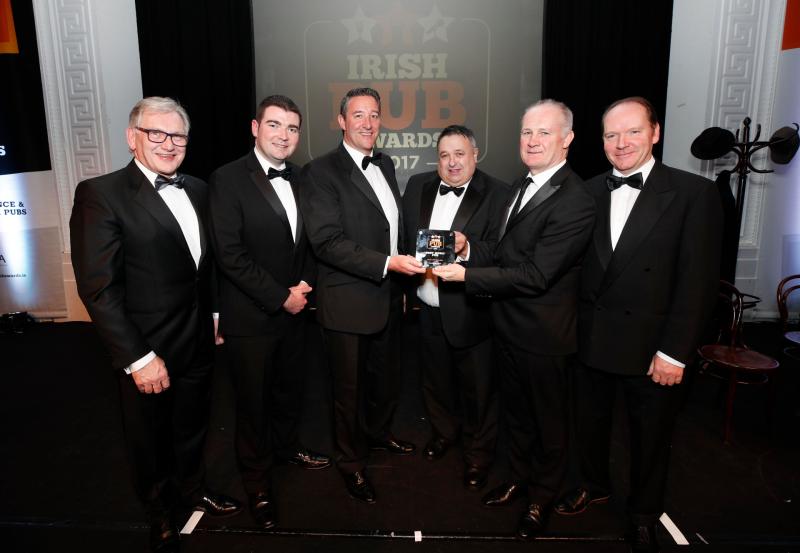 Brendan Treacy and Ray Brophy, Matt The Millers, Kilkenny being presented with the award for Best Music Pub 2017

Matt the Millers in Kilkenny City has won Best Music Pub of the year at the National Pub Awards.

The popular haunt offers traditional Irish music every evening from 6pm and music has always been a key part of the offering since it opened in 1996.

Wallop the Cat is Matt the Millers’ resident traditional group and during the summer months the Kilkennys and Abbeyfolk also play there each week.

“We have traditional music at 6pm to attract tourists, tour groups and families. It gives the warmth and interaction we want to convey to our customers,” said owner Brendan Treacy.

Various local groups play live from 10pm on Tuesdays, Thursdays and Fridays and there is a DJ four nights a week.

“All the different bands we have playing at Matt the Millers have their own following, especially the award-winning After Dark who join us for our late bar on Monday nights,” said Mr Treacy.

He added: “People will travel from outside the county when they hear their favourite band is playing here. The bands we have are great at interacting with the crowd. I think that’s what brings repeat custom.”

Matt the Millers posts daily updates on Facebook, Twitter and Instagram on the entertainment coming up and promotes bands on internal screens playing throughout the day.

Every week, an entertainment newsletter is sent out to the local hotels, B&Bs and tourist attractions. “Word of mouth is a great tool for us in promoting our entertainment,” Mr Treacy said.

The Awards were presented by Minister of State for Tourism and Sport, Brendan Griffin, at the Gala Ceremony in the RDS Concert Hall on Wednesday, November 8.

The winners were selected from over 500 applications in this joint national awards programme which is presented by the Vintners Federation of Ireland (VFI) and the Licensed Vintners Association (LVA).