They raised over €30,000 in support of Breast Cancer Ireland’s research and awareness programmes around Ireland... 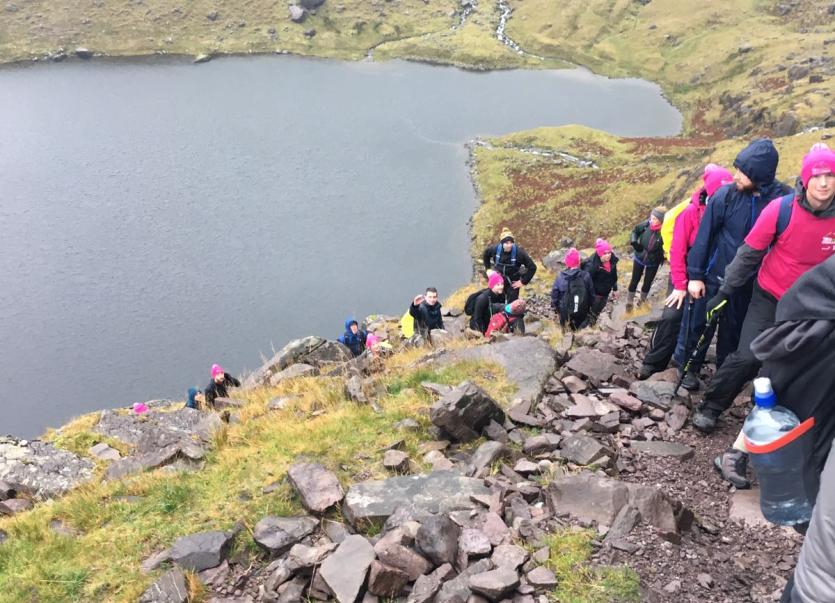 Over 120 staff from Kilkenny based global nutrition group, Glanbia, took to the mountains of Kerry as part the company’s Two Peaks Challenge event.

They raised over €30,000 in support of Breast Cancer Ireland’s research and awareness programmes around Ireland.

The enthusiastic group were a sight to behold in their bright pink beanies as they took on Mount Brandon on Friday, October 13 followed the next day with a second climb up Ireland’s highest peak, Carrauntoohil.

Consultant Radiologist, Dr Deirdre Duke, met the team as they came off the mountain and joined them afterwards for a well-deserved celebratory dinner in the Castlerosse Hotel.

She said: “It is endeavours such as these and the generous contributions of family and friends that help make a difference and change the landscape of breast cancer into the future.

As well as raising funds to support pioneering research nationally, BCI also invests in the recruitment of specialist breast cancer research nurses for each of the designated cancer centres.

Their role is to collaborate across centres, collecting tissue and serum samples from patients, into one large national bio resource which is accessed by researchers.

Discovery times in BCI funded labs have greatly improved as a direct result of increased investment in research and the charity are coming ever closer to their aim of transforming breast cancer from often being a fatal disease to making it a treatable condition that can be managed long-term.