Theatre at its best from Barnstorm at Watergate, Kilkenny

Plough and the Stars on for two more nights 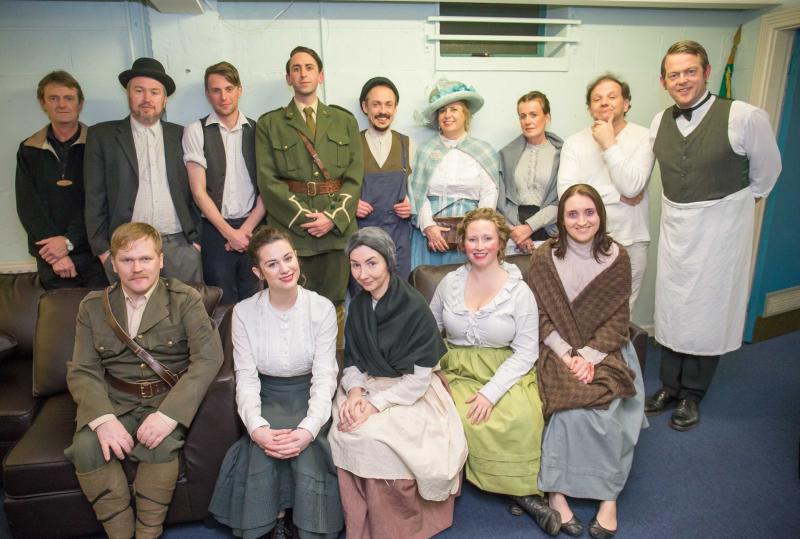 Staging a theatrical classic can be a minefield. You have to be reverential to the text yet you also have to put your mark on it, your interpretation.

That was done with aplomb last night by the Barnstorm Theatre Company with Sean O'Casey's The Plough and the Stars set in Easter 1916. It runs for two more nights in the Watergate and it is marvellous and well worth seeing.

Director, Philip Hardy captures the essence of the play written in 1926 and he had the audience in the palm of his hand from the opening salvos with his nifty, intelligent direction.

Central to the success of the play is Aoibhin Murphy as Nora Clitheroe, the wife of the young volunteer during the 1916 Rising. It was not just her ability to do justice to the part but it was her presence, her movement, her everything.

The play is not what you would expect, a boring retelling of the 1916 tale but a bold statement of life for the ordinary mortals during that conflict and it is laced, very strongly with humour.

Fluther, played by Niall Bambrick delivers some of the best lines with a deftness of touch and a professionalism that would brighten up any evening out. He and Mags Whitely as Bessie Burgess are magical and you want to soak up every word they deliver.

Another actor central to the success of the play is Paula Drohan as Mrs Grogn. Again she holds the stage and is utterly believable.

That's not to take from the performances of John Prendergast (Jack Clitheroe), Captain Brennan played by Philip Brennan,  the hilarious Jim Carroll as Uncle Peter and Sean Walsh as Young Covey.

It runs for two more nights.