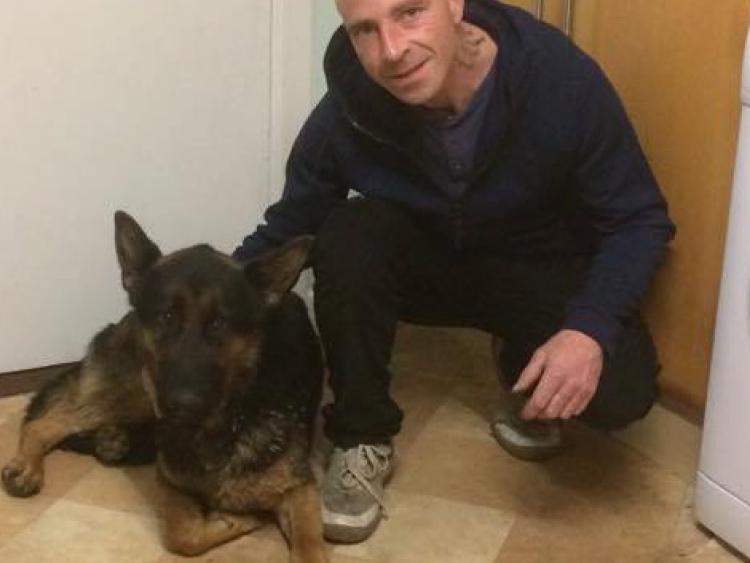 The brave German Shepard, Ranger and his owner, Vinny, reunited after seventeen days

A dog missing for over two weeks in Kilkenny has been reunited with their owner after he turned up at a Dominos - some 15km away from where he went missing.

Ranger, a German Shepard, is owned by Vinny Long and has been in the family for seven months after they rescued the beautiful canine.

Vinny’s sister, Helen, said: “He had been missing since November 10."

For more on this story, pick-up this week's Kilkenny People.