Revealed: Where Kilkenny ranks on bomb disposal call-outs in 2017

The Defence Forces Explosive Ordnance Disposal (EOD) teams respond when a request for assistance is made by An Garda Síochána in dealing with a suspect device... 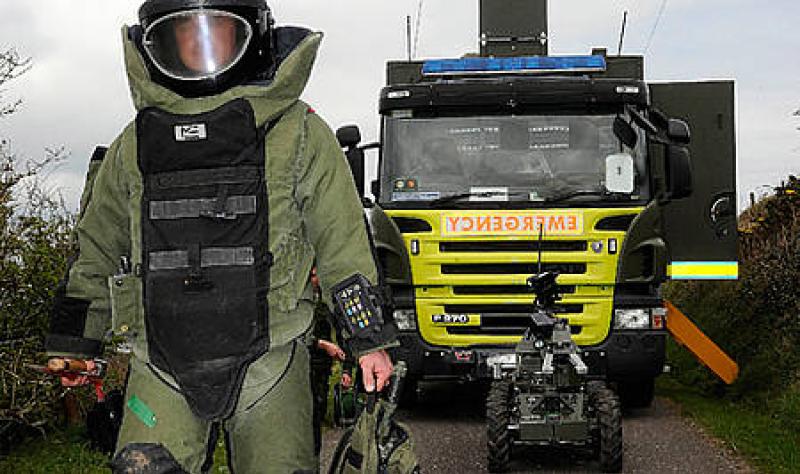 Kilkenny had just one bomb disposal call-out this year compared to 39 in Dublin and 11 in Limerick.

Fianna Fáil's Lisa Chambers asked the Taoiseach and Minister for Defence the number of suspect devices that the Defence Forces disposal unit has dealt with in 2017 and a breakdown by county with a total of 94 callouts nationwide.

In a written response, Minister of State at the Department of Defence, Paul Kehoe, said: “The Department of Justice and Equality and An Garda Síochána have primary responsibility for the internal security of the State.

“Among the roles assigned to the Defence Forces in the White Paper on Defence is the provision of Aid to the Civil Power which, in practice, means to assist An Garda Síochána when requested to do so.

“The Defence Forces Explosive Ordnance Disposal (EOD) teams respond when a request for assistance is made by An Garda Síochána in dealing with a suspect device.

The Minister provided details on the number of EOD callouts, which include viable devices, hoaxes, false alarms, post-blast analysis and the removal of unstable chemicals in laboratories.

Figures on the number of callouts included: