“We are based in Southern Lebanon near the town of Bint Jubayl..." 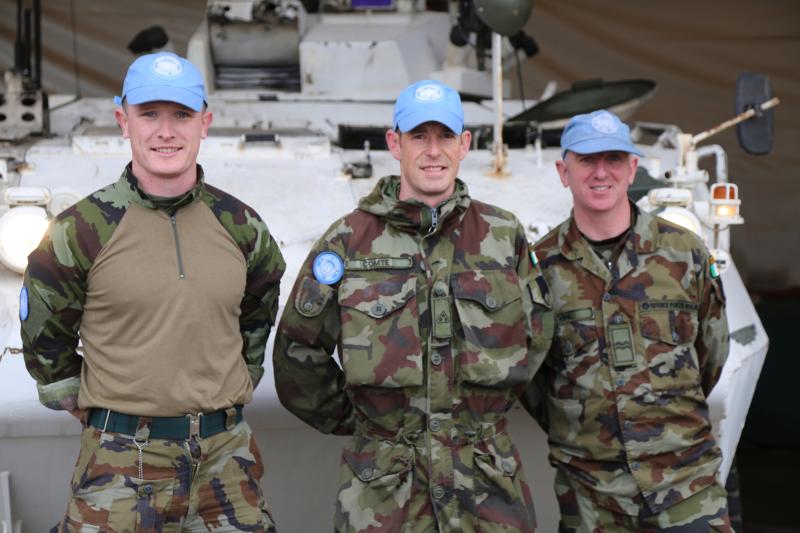 Kilkenny hurling star Paul Murphy is currently on tour in the Lebanon with the Defence Forces where he is a MOWAG gunner.

Four-time All-Ireland winner, Corporal Murphy, is from Danesfort. He is no stranger to tours abroad having previously served with the 101st battalion in Chad in late 2009/10/.

Speaking about the area that he is now in, Cpl Murphy said: “We are based in Southern Lebanon near the town of Bint Jubayl. In this area there are a large number of villages and small settlements.”

When asked about the challenges he faced during the mission so far, he added: “As a MOWAG gunner and driver so far my biggest challenge has been learning the many routes in the area, getting used to the driving habits of the locals and getting used to go and no-go areas.

“The roads are in relatively good condition but as we come out of the summer and into the winter the rainfall increases dramatically so the road conditions change.

“The weather was warm and clear at first but is now changing to rain and falling temperatures.”

Cpl Murphy will celebrate Christmas with his fellow soldiers in the Lebanon and said: “On Christmas Day the cookhouse will prepare Christmas dinner for us and the camp will, in parts, have decorations to make it feel more festive.

“Then it would be up to soldiers as to how they will spend their free time. There are normally events such as a charity run or a puc fada set up for the day.”

When asked how is Christmas celebrated among the local population where he is based and if there are different traditions, he said: “There are two Christian towns in our area and they will celebrate Christmas as it would be at home.

“So far we haven’t noticed any traditions that we wouldn’t have in Ireland but coming closer to the day you will see more local customs.”

Thanks to the “good WiFi in the camp” the former All-Star hurler is in daily contact with family and friends and says there there is regular Facetime and messages back and forth.

The Kilkenny stalwart said he hasn’t gotten homesick yet and said: “I’ve set up my bedspace with pictures and items that remind me of home and I have a 5ft Kilkenny Flag that hangs over my bed, so there’s plenty of slagging with the Limerick, Tipp and Cork lads that are in my room.”

Aside from family, being stationed overseas means he misses “the freedom of being able to get into my own car and drive somewhere, training with my club and county teammates and just regular day to day things that aren’t part of your routine out here.”

On his plans for the New Year, he said: “First I’ll have to check with the Company Sergeant if I’m on duty or patrol and then I can plan how I’ll ring it in. Most likely there’ll be music and a party in the canteen for soldiers to ring in the New Year.”

Another Kilkenny senior hurler, Colin Fennelly, is also on tour in the Lebanon at the moment and he’s a Private in the army.

Both are members of 3rd Infantry Battalion, 1 Brigade, stationed at Stephens Barracks, Kilkenny.