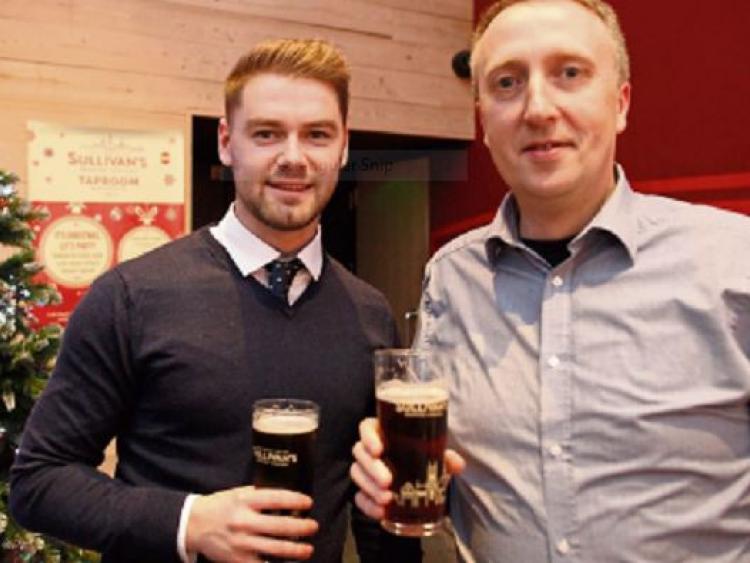 Shane Farrelly and Michael Flynn at the launch

For the final collaboration of 2017, Sullivan’s Brewing Compnay enlisted Hot Press deputy editor and beer aficionado Stuart Clark to bring to life a limited edition bottling just in time for the festive season.
Having spent the day in Kilkenny at the microbrewery with Sullivan’s Master Brewer Ian Hamilton back in October, Stuart leant his hand in creating an Irish Barley Wine for the 5th edition of the Sullivan’s Taproom Brew Series.
Speaking about the collaboration, Stuart said: “It’s been a huge privilege to have helped Ian Hamilton and the rest of the Sullivan’s crew come up with a festive barley wine, which has always been one of my favourite beer styles. Being his apprentice for the day in their taproom, and experiencing all of those delicious hop and malt aromas was as thrilling as any rock concert,” he added.