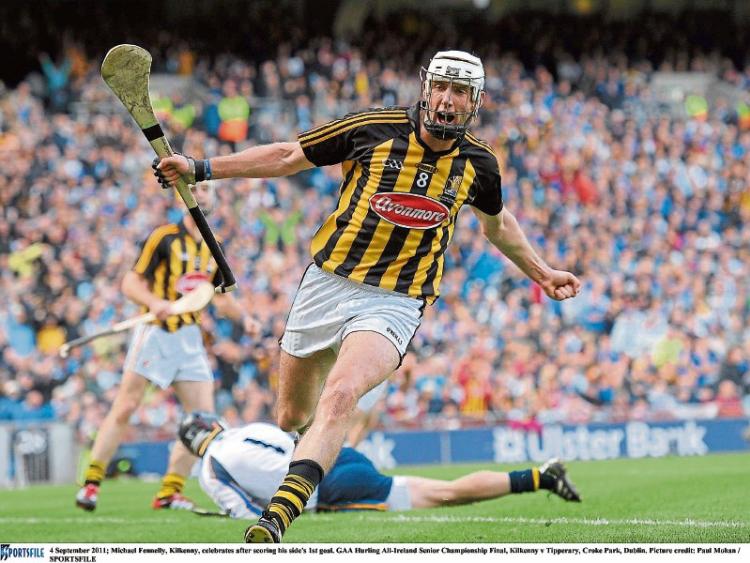 Former hurler of the year and Kilkenny legend, Michael Fennelly, has revealed Brian Cody's reaction to the news that he was going to retire from inter-county hurling.

Fennelly announced his retirement at the end of last year.

The 32-year-old ruptured his achilles tendon in the All Ireland semi-final replay of 2016 against Waterford which he said played a part in his decision to hang up the boots.

Speaking on TV3's Six O'Clock Show this week, he joked: “I got married there at Christmas as well and the wife put her foot down on the honeymoon so that's where it all happened.”

Fennelly married his wife, Leslie, towards the end of last year and the pair went on their honeymoon to South Africa and Mauritius.

On what fed into his decision to retire, he said: “It was an accumulation of injuries. Between ankles, knees and back it was a bad time to be honest.

“My gut was telling me am I up for this or not? On the honeymoon I had a good chance to reflect and see what was ahead for me and I think it's the right decision to step back.”

Fennelly admitted that even a couple of years ago he was “dreading” making the decision to retire from the social aspect of it and what to do after he finished hurling for his county.

When asked how Kilkenny hurling manager, Brian Cody, reacted to the news, Fennelly said: “Maybe a bit surprised. Coming back from the honeymoon I texted him to meet up on December 28.

“I was very eager to get it done before the New Year for myself and the team.

“It was actually a stressful enough day. I thought retiring was just lob out a tweet or something and there you go.

“But it wasn't that way, you'd to meet people, ring people and ring my family. I had a good few things to do. I was running around like a lunatic that day trying to meet people.

“Brian was fine obviously. His opinion is if you want to go; you go. It's up to you and he's not going to talk you around and I think that's a good way to do it.

“If you're not 100% committed I don't think you should be playing at that level. If you've any sort of doubt at all, it's no place for you.”

When asked if his third cousin Brian was emotional and crying at his feet begging for him to stay, Fennelly added: “He was devastated all right but no, not at all.”

For the season ahead, Fennelly said it's a year of “transition and learning” for Kilkenny hurling and it could be a couple of years of it with a fresh panel coming through who can set their own legacy going forward.

The eight-time All-Ireland winner is currently studying for a Doctorate in Leadership and on managing teams in the future, he said: “Ya, I'd love to be to be honest.

“I don't know whether I'd be good at it or not. I have a passion for it for the last couple of years, maybe watching Brian and other managers, observing what they do.

“I've been reading a lot of books on it too. But again, you have to put yourself in that position and it's very stressful.

“I think there's a lot more people coming out of it than going into it because of the stress and time commitments.

“It is difficult managing 30 players with different personalities.”

Fennelly made his debut in the 2006 championship and went on to captain Kilkenny to All-Ireland victory in 2009 and was Hurler of the Year in 2011.

The towering Ballyhale-Shamrocks man won three All Star awards at midfield but also featured in the half-forward line.