Over 40 calls a month made on Kilkenny City payphones

Phone boxes are removed if there is insufficient storage... 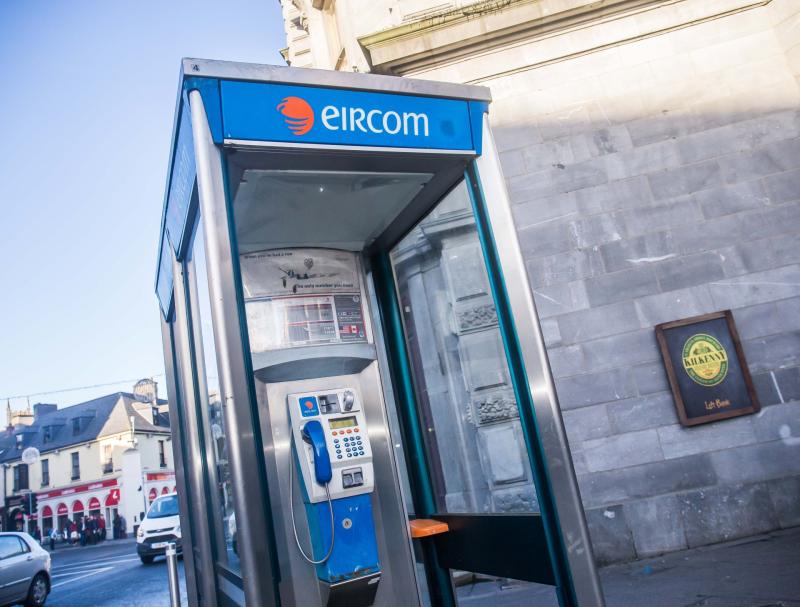 Kilkenny City boasts seven telephone kiosks and service users will be glad to hear that the booths are here to stay.

The iconic payphones are still being used in the city with an average of 48 calls per month being made across the telephones and as a result there are “no current plans to remove any” in Kilkenny.

In order for a phone box to be removed there must be insufficient usage, which is defined as less than one minute per day for six months.

Phone booths are located on the High Street and Patrick Street in Kilkenny City, among other locations.

In a statement in response to queries from the Kilkenny People, Eir said: “There are seven payphones in Kilkenny, all are located within Kilkenny City.

“There are no current plans to remove any of these kiosks.

“Phone boxes are removed if there is insufficient usage (less than one minute per day for six months). Public notices are routinely posted in phone boxes that have been scheduled for removal.”

The company added: “Eir is currently reviewing its payphone business in light of the recent Universal Service Operator (USO) mandate from the telecoms regulator.

“ComReg has designated Eircom with the Universal Service Obligation (USO) for payphone provision till 2018.”

Green Party Councillor Malcolm Noonan said it was important to have a number of public payphones in place in the city for emergency use but that the trend worldwide is that they are becoming obsolete.

He said: “Many municipalities and college campuses are removing even emergency phones due to maintenance costs and the same may eventually be the case here.

“Yet despite Ireland having one of the highest ownership rates of smartphones in the World, there are still people who don’t have mobile phones and always cases where people may lose them or where young people run out of credit and need to get transport home. Tourists too may use public pay phones so it is important to keep a number of them in use.”

Cllr Noonan said that he would like to see an old phone kiosk reinstated on the Parade outside the Left Bank and perhaps in another prominent area.”

He added: “We have seen how they enhance a village like Kells where they are being used to house tourist information and a defibrillator.

“The kiosk at the parade is unsightly and the glass is covered in transfer advertising. Perhaps we could consider replacing it with a traditional kiosk but to house a modern phone.

“The phones at the Book Centre were very often filthy and unusable due to vandalism.” He said these should be either removed or relocated by Eir.

According to reports last year, ComReg declined Eir’s request for changes to the criteria of its universal service obligation (USO).

Under the current parameters Eir can only remove payphones if they are the focus of anti-social behaviour or if their usage averages less than one minute a day over a six-month period.