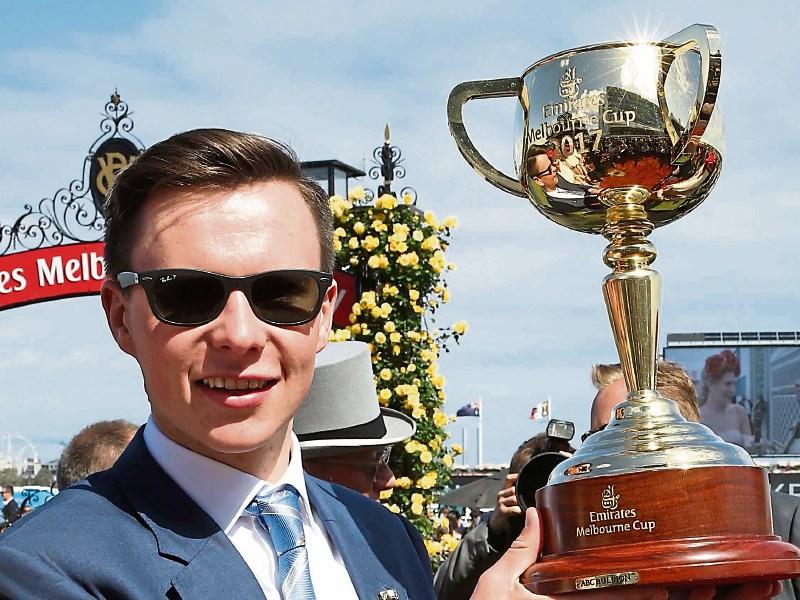 South Kilkenny based horse trainer Joseph O’Brien has been convicted and fined for speeding.

The Melbourne Cup winner told a sitting of Kilkenny District Court that he has an income of €400 a week.

Mr O’Brien, with an address at Ballydoyle, Rosegreen, Cashel, Tipperary was summonsed before the court last Monday (January 22) for the speeding offence.

Solicitor for Mr O’Brien, Chris Hogan, said his client was entering a not guilty plea as the horse trainer claimed he did not receive the Fixed Charge Penalty Notice.

Mr O’Brien took to the stand and gave evidence at the hearing last Monday and recalled how he gave his licence to the Garda who pulled him over.

The licence had the address of his previous employer on it, which he told the court was Ballydoyle, Rosegreen, Cashel but that he currently works in Piltown. Mr O’Brien currently trains horses at Owning Hill.

He said his post was still being delivered to the Ballydoyle address but left instructions for anything delivered there to be sent on to him.

He was aware he had a penalty notice coming and called the address to ask about the penalty but he was told no notice had arrived.

At a later date then Mr O’Brien said the summons arrived for him to appear before Kilkenny District Court for the offence.

Mr Hogan asked his client if he’d previously received Fixed Charged Notices and paid them to which Mr O’Brien replied that he had.

Prosecuting Sgt Alma Molloy asked why his employer’s address was on his licence and Mr O’Brien said: “Because I lived there.”

She asked why he did not give the Garda at the time of the offence his current Piltown address and Mr O’Brien replied: “I only recently moved and my post was still going there [to Ballydoyle].”

Mr O’Brien is a son of horse trainer Aidan O’Brien who is based at the Ballydoyle Stables in Rosegreen.

Sgt Alma Molloy added: “But you had moved. The responsibility is on you to give the correct address? Do you accept the onus is on you?” Mr O’Brien said: “I do and I will do that.”

He added: “I didn’t want to confuse matters with the Garda.”

Judge Colin Daly said the presumption is that the Fixed Charge Notice has been served unless the contrary is shown and he could “not find that presumption rebutted”.

Having heard the evidence Judge Daly said Mr O’Brien was previously resident at the Cashel address but the defendant admitted in court that this was not his address at the time of the offence.

Mr O’Brien has no previous convictions, the court heard.

Judge Daly asked about the defendant’s means and after discussion with his client, Mr Hogan said Mr O’Brien has an income of €400 per week and is a horse trainer.

Judge Daly described the offence as on the “upper end of the scale” as Mr O’Brien was 40km/h in excess of the speed limit.

He convicted and fined Mr O’Brien €200 with 90 days to pay. Mr O’Brien’s driving licence was produced in court. At the request of Mr Hogan, Judge Daly fixed recognisance in the event of an appeal.