The figure from the INMO has grown every year since 2011 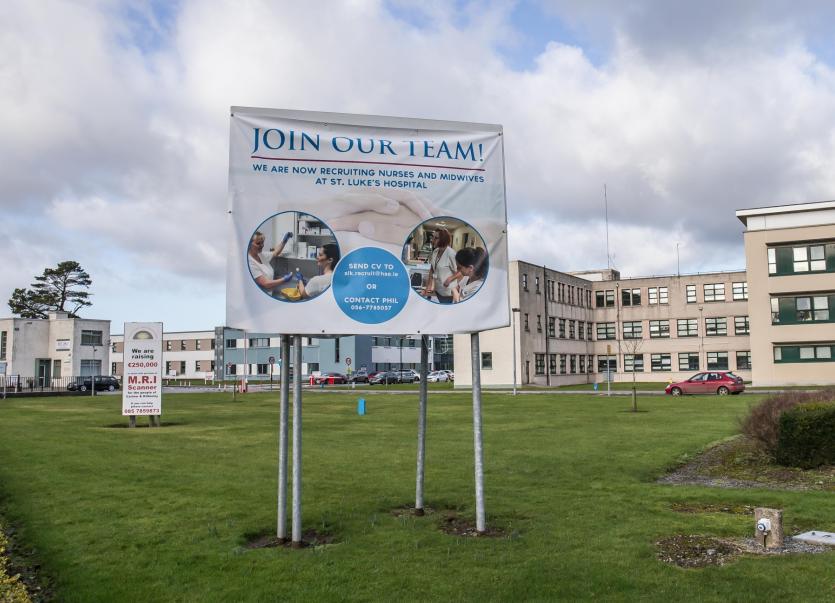 January 2018 was the worst month for overcrowding at St Luke’s Hospital in Kilkenny since records began, according to the Irish Nurses and Midwives Organisation (INMO).

A total of 615 patients were on trolleys and wards during the month. That’s up from the figure of 536 in January 2017, and 313 in January 2016. When record keeping began here in 2011, the overcrowding figure was 38 people for the entire month of January, and the number has grown year-on-year since then.

That increase is reflective of the situation nationally. The national figure for January was an 18% increase over the numbers for January last year, which themselves were a record high.

Today’s figures from the INMO show 27 patients on trolleys and wards at the Kilkenny hospital.

The figure for January 2018 in St Luke's is highlighted

A visiting ban continues at St Luke's as the hospital continues to cope with a high number of admissions.

A spokesperson for the Ireland East Hospital Group said the hospital will review the situation daily. St Luke's is dealing with a high number of patients who have been admitted and confirmed to have flu over the weekend and during the past week.