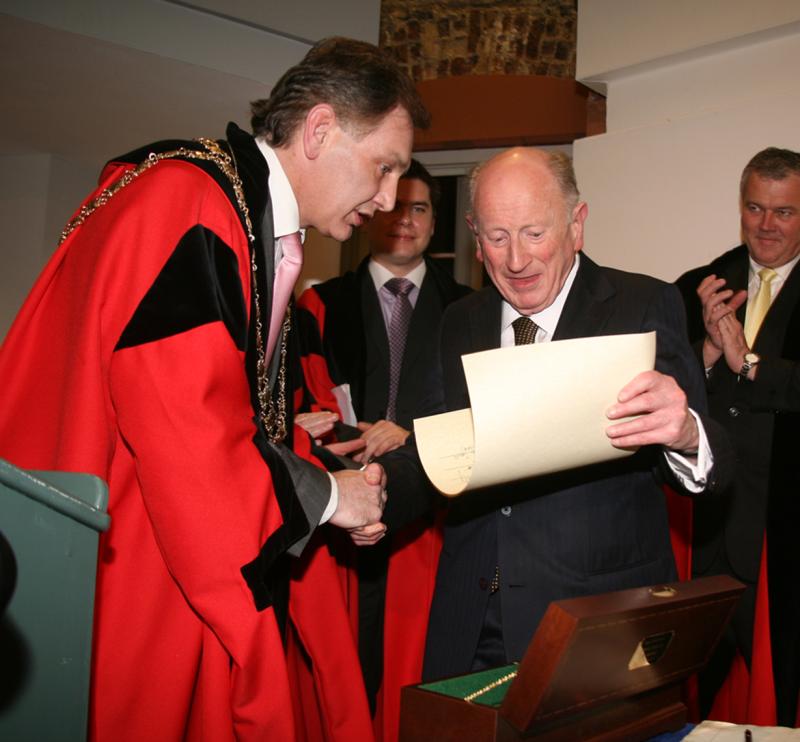 Labour Councillor, Maurice Shortall, led the tributes to Seamus Pattison at a Special Meeting of Kilkenny County Council this week.

A former Labour TD, Mr Pattison was laid to rest in Kilkenny on Tuesday having also served as a Councillor, Cathaoirleach, Mayor, Junior Minister, Member of the European Parliament and Ceann Comhairle.

A Special Meeting of the Council was adjourned on Monday as a mark of respect to Mr Pattison. A sombre chamber heard from Councillors paying tribute to one of Kilkenny’s greatest ever politicians and “an absolute gentleman”.

The Council was due to address a new handbook issued to tenants in local authority housing here but that meeting has now been adjourned to February 19 due to the very sad passing of Mr Pattison.

The meeting had begun with a minute’s silence for Mr Pattison and then Cathaoirleach David Fitzgerald started by saying Kilkenny had lost “one of its greats” - a man who served for over half a century in public life.

Cllr Shortall said the passing of Mr Pattison marked the “end of an era” and described his friend and colleague as an “exemplary public servant”.

He said: “Seamus was an absolute gentleman. He had wisdom we could compare to that of a saint.

“He enjoyed his work and whether it was local, national or international he never forgot his roots, a service which stood the test of time in 46 unbroken years in Leinster House, where he rightfully was the ‘father’ of the Dáil.

“His knowledge of the constituency was second to none and he knew every road, lane and cul-de-sac from Moneenroe to Mullinavat and from Tinryland to Tullow. Famous for his personal attention to detail his name recollection was legendary.”

Labour’s Cllr Tomás Breathnach also paid tribute to his friend and fellow party member. Speaking in a solemn chamber, he said: “He was a gentleman in the true sense of that word. He was quiet and unassuming. He made a lot of friendships. He was loyal to the friends he made and they remained loyal to him. He was still a presence even when he left the Dáil. He enriched all our lives.”

Cllr Patrick McKee said: “Seamus represented the people of our constituency for almost 50 years until his retirement in 2007 - his entire career is marked by an unwavering commitment to our people, his community and most of all his City.

“It is important on this occasion to remember his late father, Jimmy Pattison, who himself served the people of our community for 27 years in Dáil Éireann.

"I don’t think it is an over-statement to say that Seamus Pattison is without doubt one of the greatest Kilkenny men to ever live - his career could be described as an incredible journey of honour and service to the people of Kilkenny, Ireland and Europe.

“His career traversed the development of modern Ireland - his contribution to workers rights, social rights and to the European project was second to none.”

Fine Gael’s Cllr John Brennan described Mr Pattison as one of the “finest politicians this county every produced”.

Fianna Fáil’s Cllr Andrew McGuinness said that the former Government Minister, “both in and out of politics, was always there for the people of Kilkenny and he left and indelible mark in the county and he will always be remembered”.

Cllr Pat Fitzpatrick said the Labour stalwart was a “wonderful ambassador for the city, our county and our country”.

Mayor of Kilkenny City, Cllr Michael Doyle, added: “The esteem he is held as a man is definitely his greatest achievement.”

The meeting adjourned soon after and Councillors rose - a great man is gone, but he’ll never be forgotten.