CCTV in rural Kilkenny communities vital but cost is ‘prohibitive’

Positive: Meeting in Mullinavat told expensive technology will come down in price in next few years 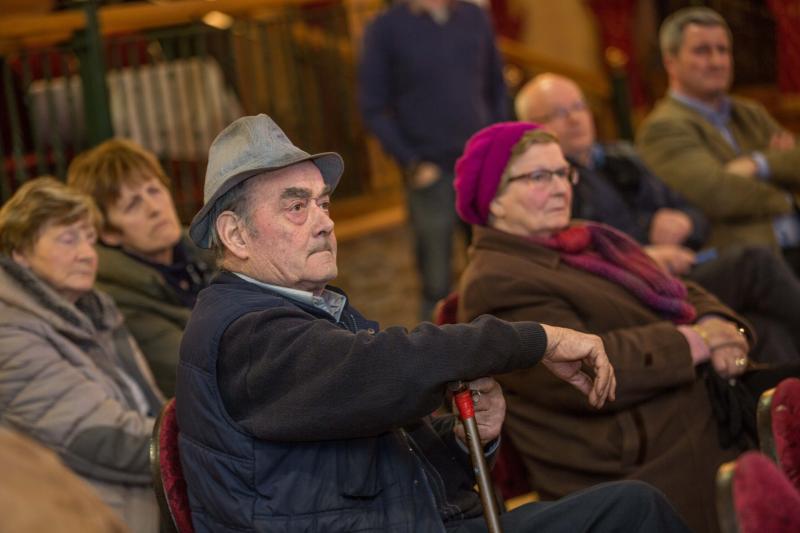 Pat Murphy during the CCTV Meeting at the Rising Sun in Mullinavat PICTURE: PAT MOORE

A public meeting on installing CCTV in Mullinavat has heard that the cost of setting up and maintaining the technology is “prohibitive” for small rural communities.

Over 20 people attended the meeting last Thursday, including senior members of An Garda Síochana in Kilkenny and local councillors.

Ronan Ryan from Kilkenny County Council gave a presentation to those in attendance on the Department of Justice’s Community Based CCTV Scheme and what is involved in applications.

The Government will provide grant aid of up to 60% with a maximum grant of €40,000 which would mean a community group must put up match funding of over €16,000 under the scheme.

He said that some communities are raising their own money without the grant from Government as the scheme requires certain specifications on the camera that pushes up the cost.

Sgt McConnon said a community group in Tullow has gone about installing 16 cameras for a cost of €54,000 and that same amount of cameras under the Department’s specifications would be €100,000 plus.

He added: “Two cameras in a park in Carlow, we were quoted to feed into the Garda station, stay sitting down [he joked]...€86,000. Most of that was civil works.”

Sean Maher, who attended the meeting, said Local Property Tax revenue should be used to help fund the scheme in communities.

He said: “It just would not be possible for an area like Mullinavat to come up with that kind of money. We’re getting very little for our Local Property Tax. This is one thing that would really convince people that are paying it.

IFA Chairman for Kilkenny, James Murphy, said: “You can get disillusioned about the cost of CCTV right now but the technology is becoming cheaper. In my previous role in IFA I was responsible for renewable energies and in the four years that I was in charge, the solar PV panels came down in price by over 75%.

"That was only in four years. Don’t get disillusioned about the cost of this. I think it will get cheaper and I think now is a really good time for us to start planning for maybe an opportunity that might come in the next two years.”

Chairperson of the Joint Policing Committee in Kilkenny, Cllr Fidelis Doherty, asked if a number of communities could come together to make an application.

Sgt McConnon said once the application was put in in accordance with the criteria and is backed up with crime analysis there would not be any issue and it is a possibility.

He said there is a lot of motorway through our counties and added: “Cameras won’t stop crime but certainly it will reduce it.”

Meanwhile Mr Ryan added that the maintenance of the cameras as the scheme stands presently will have to be paid for by the local community group.

For context, he told the meeting there are around three community CCTV cameras in Kilkenny as a result of funding back in 2003 and these have a maintenance cost of between €1,000 and €2,000 per year.

The meeting was organised by the Council Cathaoirleach, David Fitzgerald.