Can you beat him? 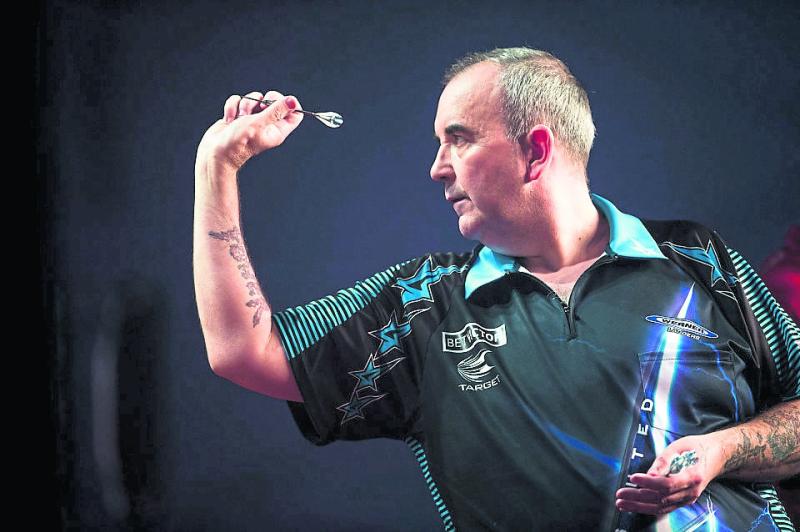 Ever fancy yourself at being able to beat the best darts player of all time?

Darts legend and 16 time World Darts Champion Phil ‘The Power’ Taylor will take to the oche at Langton’s on John’s Street Kilkenny for an exhibition in aid of cystic fibrosis on Monday, April 9.

The Power will take on 16 players from the area with all players having the walk on music and walk on girls and all the razzmatazz we are now so familiar with on our TV screens.

The local players will have the opportunity to pit their wits against ‘The Power’ on the big stage that is Langton’s in the heart of Kilkenny City.

Taylor who has retired from competitive darts will play in April in his farewell year from the competitive game.

In January 2017, Taylor announced his intention to retire from competitive darts following the 2018 World Championship.

He retired after he was defeated in the final to Rob Cross. Along with his 16 world titles, a statistic that will be difficult to beat, Taylor also has 16 World Match Play titles and 11 World Grand Prix titles.

‘The Power’ boasts having the sport’s most successful career.