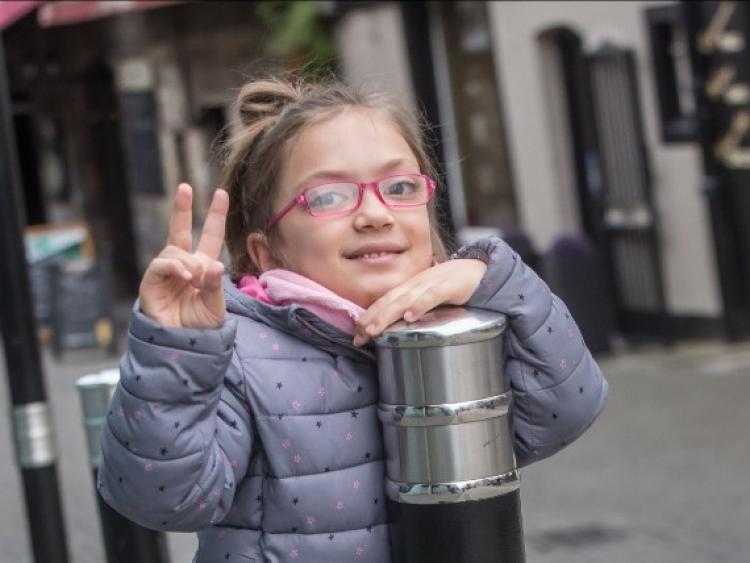 A Kilkenny youngster who lives with a potentially life-threatening condition has had her medication withdrawn.
Cezy Fosca (11) who lives in Kilkenny City has Morquio Syndrome - which currently affects only ten patients in Ireland.
Last Friday the medication was withdrawn and Cezy no longer has access to the drug.
Deputy Bobby Aylward has raised the matter in the Dáil and the brave 11-year-old has personally pleaded with the Minister for Health, Simon Harris.
In 2011, Cezy was one of two children, included for trials for Vimizin - which is the only enzyme replacement therapy designed to target the underlying cause of this disease.
The Health Service Executive drugs group has denied a number of applications for reimbursement made by the manufacturer, Biomarin.
Deputy Aylward outlined how the manufacturer requested a meeting with the HSE in December and agreed to submit a new application, which was due to be discussed at the HSE drugs group meeting on January 18.
“However since this date there has been no communication from the drugs group, which leaves both parents and the company in the dark as to whether the drug will be reimbursed or not, ” he said,
Morquio A Syndrome, a degenerative condition affecting major organ systems, can substantially limits the quality of life of those affected. Patients rarely live beyond the second or third decade of life.
Deputy Aylward added that the HSE drugs group in its decision not to reimburse Vimizim has stated that ‘there is a lack of clinical evidence on the effectiveness of the drug’.

The deputy also remarked that if the clinical evidence has proven acceptable in other countries and the HSE has acknowledged that the cost is not the primary barrier to reimbursement, then the drug should be made available to those who need it.He also called on the Mi nister for Health, Simon Harris to request an update from the HSE drugs group on the reimbursement of the drug.
Vimizim is manufactured in Ireland and is widely available across the EU.
The Department of Health said that the Minister is unable to comment on individual cases.