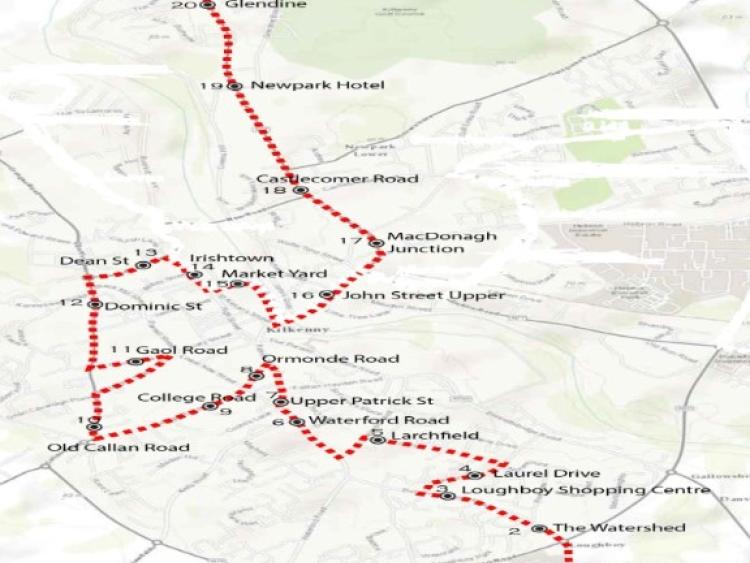 The Red Route (pictured above) has 21 stops across its 8.7km and it will begin at Loughboy Retail Park

The City Bus Service could be rolled out by the end of this year as the National Transport Authority commits to electric buses being piloted first in Kilkenny when a framework is drawn up.

The Public Service Obligation contract will see the State fully subsidise the bus service for a period of four to five years – the duration has yet to be determined - with fares of between €1.20 and €1.50 per trip expected across a Green and Red Route.

However the fare costs are “absolutely not set in stone” as the procurement process is still being undertaken.

Members of Kilkenny City Municipal District were given an update on the scheme and were told that the service will run at half hour intervals from Monday to Friday between 7am to 10.30pm.

There will be four buses in all as part of the fleet with two buses running across the Green and Red Routes.

For more on this story, pick up this week's Kilkenny People which is out tomorrow (Wednesday).