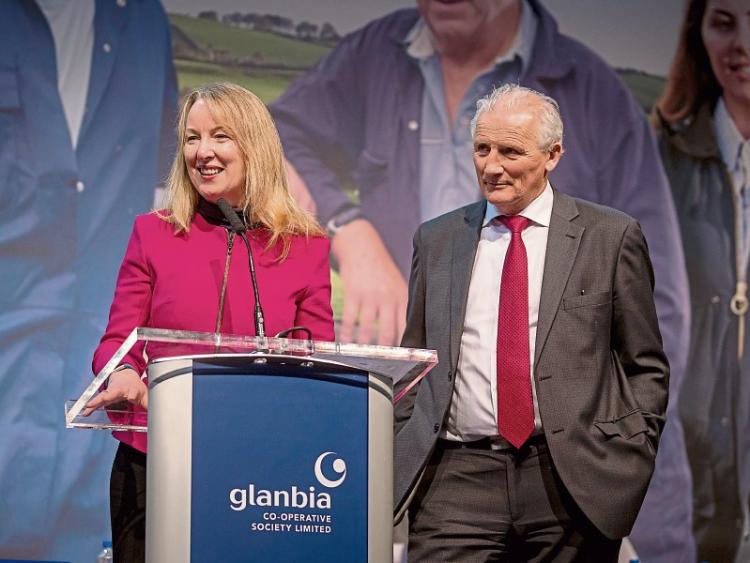 Kilkenny based global food giant, Glanbia Plc has stunned the market with excellent results and a hugely favourable forecast for next year, recording its eight year-in-a-row of double digit growth.

Glanbia's revenues rose by 9% in  2017, the world nutrition group, announced this morning as part of its results for the financial year ending 30 December 2017.

Glanbia's profit after tax came in at €329.4 million, although there was a once-off gain there from the disposal of a 60% share in Dairy Ireland.

Ms Talbot said the company's focus in 2018 will be on volume driven revenue growth.

"The outlook for 2018 is positive and I expect Glanbia will deliver between 5% to 8% growth in pro-forma adjusted earnings per share on a constant currency basis," Ms Talbot said.

"We expect growth to be delivered in the second half of 2018 as comparative dairy dynamics and planned investments will adversely affect performance in the first half of 2018," she added.

Glanbia completed the disposal of 60% of the Dairy Ireland segment and related assets to Glanbia Co-operative Society Limited in July, generating net cash proceeds of €208.8 million.