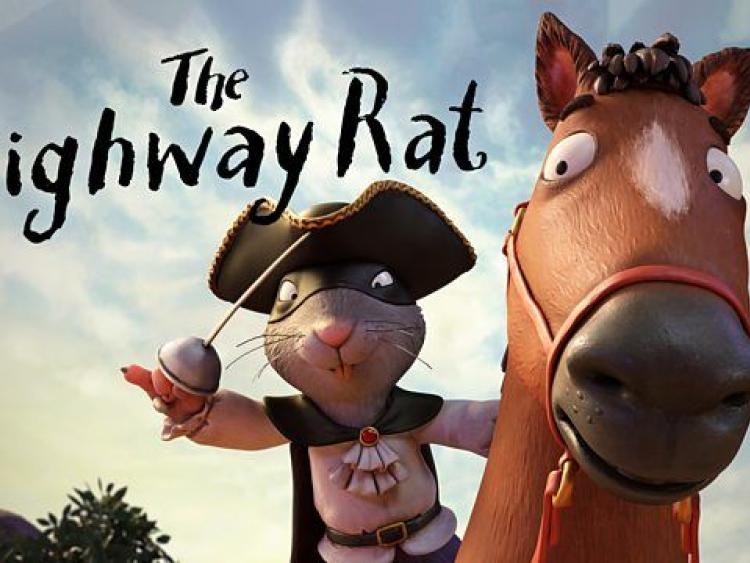 Kilkenny Animated starts this weekend and promises to be a festival of fun for all the family with plenty of kid friendly shows for people of all ages to enjoy.
From animation workshops, film screenings dance and theatre the programme has lots to offer and there are still some tickets available from www.kilkennyanimated.com
CHILDREN’S WORKSHOP
Join Animator Rory from Cartoon Saloon as he teaches the step-by-steps into how to design a scene from one of Cartoon Saloon’s Oscar-nominated movies.
This event takes place on Saturday at the Bank of Ireland from 10am to 11am.

The multiple award-winning Dancing Graffiti is a unique interdisciplinary street theatre performance about the roles of private, public and inner personal walls that combines dance with live digital graffiti art.
The performance collects all kinds of urban graffiti into one playful story that follows the evolution of a character from her birth, through her fights, until she discovers special inner powers.
The story is not only a metaphor for life where every seemingly completed endeavour is immediately followed by a new one but is also a comment on any human society that seeks to control the individual through social, physical and other constraints. It takes place at the Set Theatre on Saturday from 1 to 1.25pm.

From the makers of The Gruffalo and Stick Man comes their latest adaptation of Julia Donaldson book, The Highway Rat, which will be screened in the Set Theatre on Saturday.
The director of the film, Jeroen Jaspaert, will talk about the making of the film after the screening.
A glorious animated swashbuckler, The Highway Rat is based on the richly imaginative book written by Julia Donaldson and illustrated by Axel Scheffler, the UK’s best-selling picture book team. The event takes place at The Set Theatre on Saturday from 4 to 5.30pm.

A truly unique opportunity to enjoy a screening of Brad Bird’s timeless Academy Award-winning animated classic Ratatouille, with an introduction from its award-winning character artist, Carter Goodrich.
In one of Paris’ finest restaurants, Remy, a determined young rat, dreams of becoming a renowned French chef.
Torn between his family’s wishes and his true calling, Remy and his pal Linguini set in motion a hilarious chain of events that turns the City of Lights upside down.
Described by The New York Times as “a nearly flawless piece of popular art”, Ratatouille was nominated for five Oscars, winning the Best Animated Feature award in 2008. It has lost none of its charm in the decade since.

This unique show from Hungarian group Bandart combines theatre with the newest digital technologies: a robot ball and a drone in a fascinating story for all ages.
During the performance the drawn animation comes to life where performers move together with the projected visuals creating a 3D movie experience.
The show will take place this Sunday at The Watergate from 4 to 4.50pm.