Magical Callan shop recalled in essay by granddaughter of owners 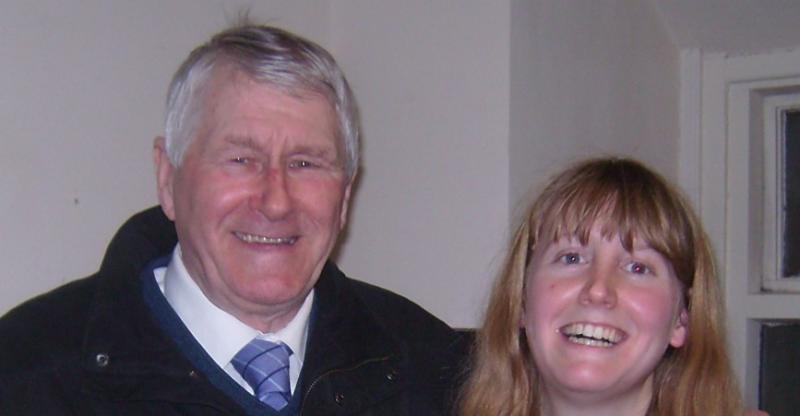 The story of a great Callan institution had locals spellbound on Friday evening of last week.
Roisin Power Hackett launched her booklet, The Irish House - a Psycho-geographical Map at the Friary in Callan.
The Irish House, a two hundred year old building, was home to Roisin’s grandparents and for decades played host to Power’s Drapery, a business that thrived in what was the busiest street in Callan.
Roisin returned to the building after an 11 year absence to embark on a special quest: to immerse herself in the space within the building to acquire a profound psychological appreciation of both the physical structure itself and the effects on her of her own childhood connection with the building.
The resulting essay is hauntingly evocative of the building where Seamus and Della Power plied their trade back when Upper Bridge Street was the commercial hub of the town.
She described every room, stairway, shelf and counter, and shares her memories of childhood stays with her grandparents. The narrative is so beautifully written that I couldn’t help wishing it would just continue beyond its actual length. It captures the ghostly atmosphere of Power’s Drapery...evoking the thousands of transactions gently agreed across the counters, rekindling thoughts of happy customers passing in and out of its welcoming doorway.
You can almost hear the clinging of the till and see Seamus Power chatting amiably with locals and cracking jokes, or the giddy children queuing outside the shop with their parents at Christmas because Power always had the loveliest window displays.
The booklet also has a set of pictures that lay bare the condition of the house interior, also hinting perhaps at the decline of the great commercial heart of Callan in which the remains of Power’s Drapery stand mute and unoccupied.
The Booklet was officially launched by Joe Kennedy of Callan Heritage, who gave a brief history of Bridge Street from its origins in 12th to the present day, filling in the historical backdrop to the story of the house.
Roisin thanked all people and agencies who had provided support to her in the preparation of her project, including Art Links, which partly funded it, and Barbara Hubert who bound each copy of the publication in old wallpaper found in Power’s Drapery.
She also expressed gratitude to Della Power, Kathleen Reid, Nollaig Molloy, Orlaith Treacy, Etaoin Holohan at Fennelly’s, and the Callan Workhouse Union. The booklet costs €15.