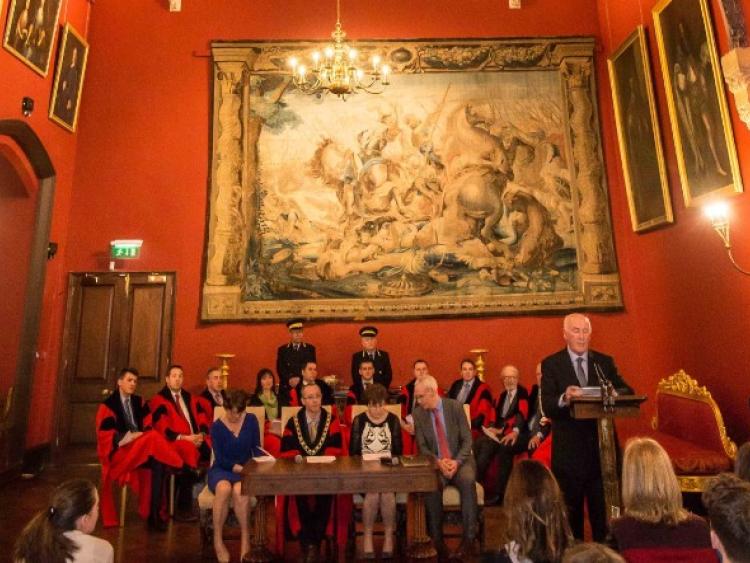 The bagpipes had rung out through the Picture Gallery of Kilkenny Castle when hurling hero, Eddie Keher, took to the podium to deliver his acceptance speech.

He had just been granted the Freedom of Kilkenny City in front of family, friends and colleagues; as over 100 people made their way to Kilkenny last Friday evening for the ceremony.

The burgeoning formality of proceedings had reached its crescendo as Eddie, 76, took to his feet to give his address. It was a daunting prospect given the reverence around a Freedom of Kilkenny City conferral and the pride of being nominated.

The Rower-Inistioge man began with a disarming and warm admission when he said: “The only experience I had like this, I think, was in a dressing room before an All-Ireland final, so bear with me.”

For the full story and pictures, pick up this week's Kilkenny People.