Explainer: What is a Status Red weather alert and what does it mean for Kilkenny?

The whole country is in total lockdown 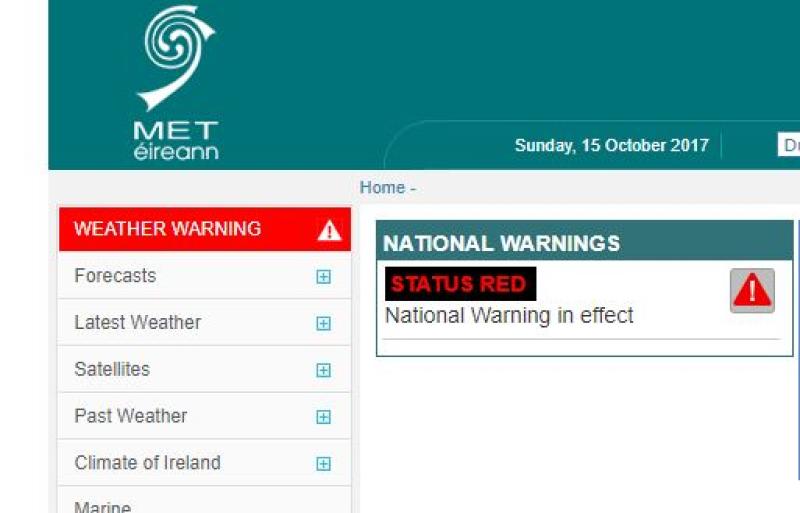 A Status Red was originally due to come into force today at 4pm, but as of last night, it is in force. The warning states that blizzard like conditions are likely in Wednesday, Thursday and much of Friday as Storm Emma and the Beast from the East collide.

But what is a Red Alert?

Explaining more, Met Eireann said: "The issue of RED level severe weather warnings should be a comparatively rare event and implies that recipients take action to protect themselves and/or their properties; this could be by moving their families out of the danger zone temporarily."

It's in place because of the heavy snowfall expected over the coming days and the strong winds which will create blizzard like conditions.

When was it last issued?

A Status Red warning was last in place in October when Hurricane Ophelia forced schools, colleges and some workplaces to close for two days.