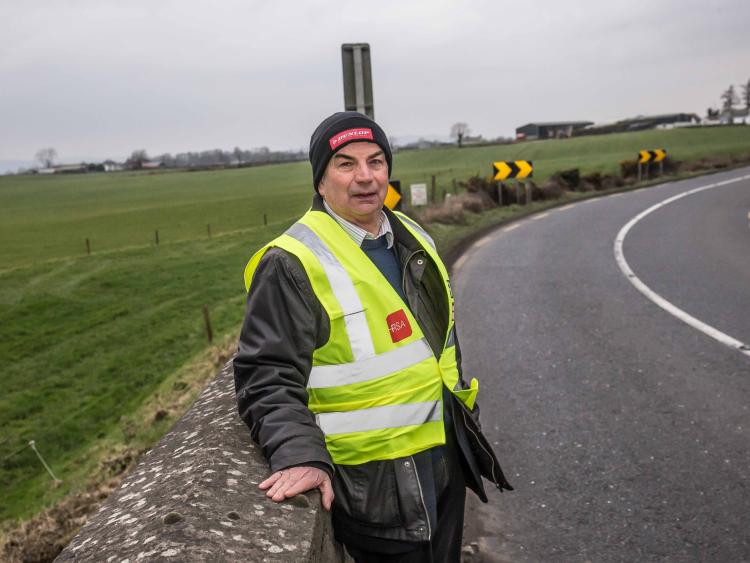 A local councillor has raised concerns over the turn on the road immediately after passing Dinan Bridge.
Speaking after a recent meeting of Castlecomer Municipal District, Labour Councillor Maurice Shortall said: “There have been numerous instances of cars landing in the field immediately after passing Dinan Bridge on the N77 travelling towards Clinstown.”
He added: “This is a busy road and a major junction with heavy goods vehicles, buses, cars, vans etc. traversing at this point.
“For the safety of all concerned I am requesting an 80 metre crash barrier be erected, let’s not wait until a serious accident occurs.”
The Council said the issue will be included in a safety review by Transport Infrastructure Ireland on our National Primary and Secondary routes. The review will focus on safety issues forwarded by each local authority including safety at Dinan Bridge.