The figures were published in response to a Parliamentary Question 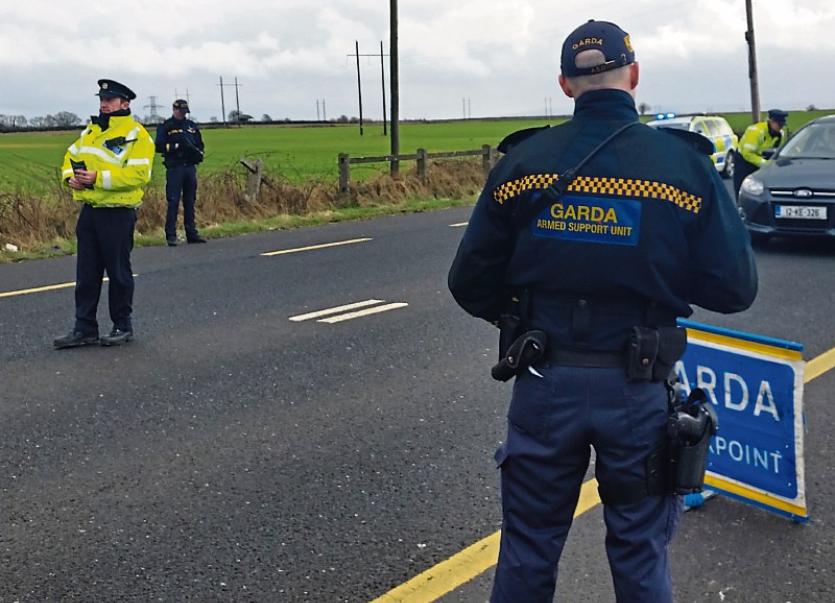 A Garda checkpoint as part of Operation Thor

The Garda overtime spend for Operation Thor last year in Kilkenny/Carlow was one of the highest in the country as the division made great inroads in tackling rural crime and roaming gangs.

The figures were published by the Minister for Justice, Charlie Flanagan, in a written response to questions on Garda overtime spent on operation Thor by Fianna Fáil TD, Marc MacSherry.

The Minister provided details which set out the nationwide expenditure relating to Operation Thor for 2017 by Division and Branches.

The expenditure reveals that the Kilkenny/Carlow division had an overtime bill of €698,047 – one of the highest in the country.

Minister Flanagan added: “The Deputy will be aware that the allocation and management of Garda resources, including the overtime budget, is the responsibility of the Garda Commissioner having due regard to his operational needs. As Minister, I have no role in the matter.”

In January it was reported that burglaries in the South-East fell by 40% in December when compared to October, according to provisional figures from An Garda Síochána.

While a rise in burglaries was experienced for a number of months up to October 2017, in the first two months since the launch of the Winter Phase of Operation Thor at the beginning of November last year, the level of burglaries reported decreased by 23% nationally.

Having observed an increase in burglaries in September and October 2017, An Garda Síochána prepared an operational plan for a Winter Phase of Operation Thor, involving the undertaking of targeted enforcement and preventative activity, designed to prevent potential burglars from exploiting the reduced hours of daylight in the months November 2017 to April 2018.

A key part of the Winter Phase of Operation Thor has been the targeting of organised crime gangs (OCGs) involved in burglaries.

Operation Thor has led to a 30% reduction in burglaries nationwide following its introduction in November 2015.