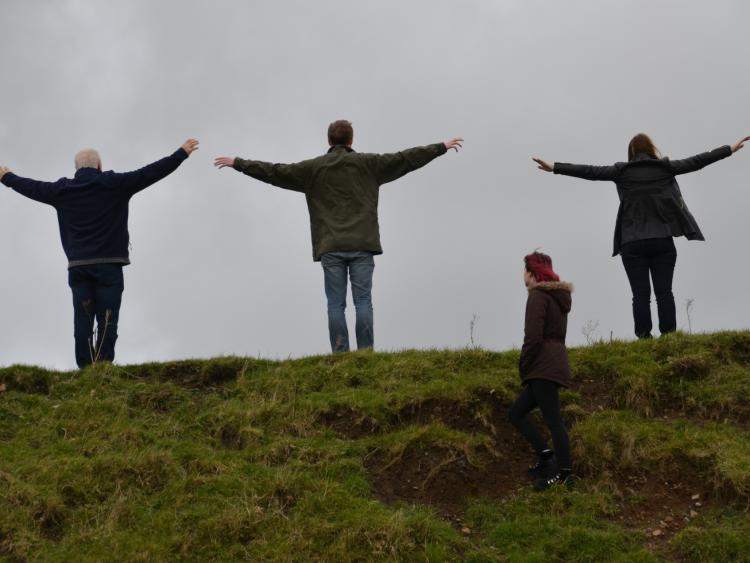 Jerusalem Tomorrow in Kilkenny on Thursday

Mend and Makedo Theatre Co brings its latest production, Jerusalem Tomorrow, to the Watergate Theatre on Thursday, March 15.
This will be the opening performance on the current tour of the latest work from the Carlow based company who were last here with Between Your Love and Mine – a Requiem by Leonard Cohen, which played to full houses across the country last June.
Jerusalem Tomorrow is a retelling of the events in Mark’s gospel but with a difference. The stories in the play are related by eight characters and set in modern times. Director, John MacKenna, who also adapted the work from Mark’s writing, says he has long wanted to get inside the heads of many of the characters mentioned in the gospels.
“Take the farmer whose pigs became the home for the demons expelled from a young man. They plunged over a cliff and I often wondered how the farmer felt about that – he was witness to an apparent exorcism and was then left penniless. He’s one of the characters who appear in the play, giving his version of events. The play is a mystery play for the twenty-first century”
Among the other characters there’s a woman, a nurse who has been struck off, who witnesses something strange; there’s a taxi-driver who drives a travelling preacher and his mother to the airport on their way to Jerusalem; an old soldier who remembers events from long ago; a musician who lost her lover to the lure of the travelling preacher and an angry Judas who feels people have got the wrong end of the stick.
Eight characters in all appear to tell their tales and the stories are interspersed with songs and music which act as a commentary on the unfolding events – songs from the pens of people like Jackson Browne and Ralph MacTell.
The four person cast – Angela Keogh; Katie Jacques; James Gormley and John MacKenna shed an intriguing light on the Easter story.