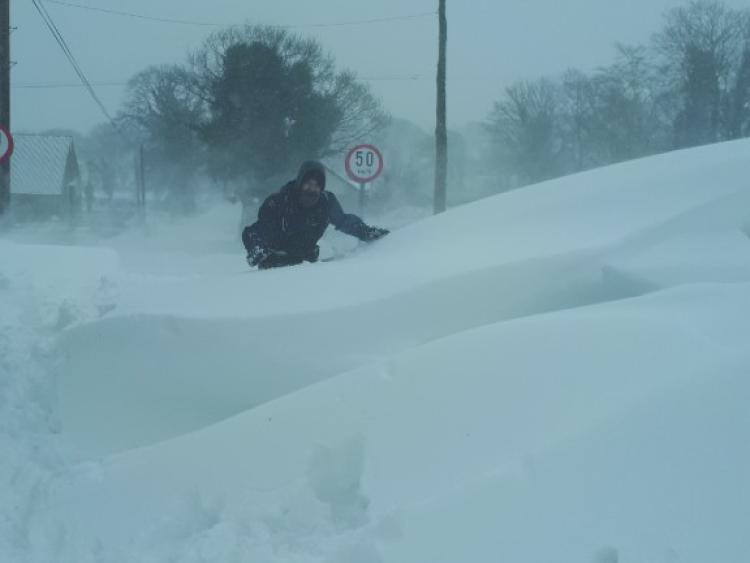 Councillors have called for extra funding from the government giving the “wallop” north Kilkenny got during Storm Emma with some areas there seeing 7ft snowdrifts.

Speaking at this month's meeting of Castlecomer Municipal District, Fianna Fáil's Pat Fitzpatrick said the county needs a “special fund” for roads and bridges damaged during the recent cold snap.

He proposed that the MD write to the Government to request extra funding due to the extreme damage done to roads in the wake of Storm Emma.

Cllr Fitzpatrick “roads and bridges have been damaged with the volume of snow” and the potholes on some roads are “horrendous”.

Fine Gael's Mary Hilda Cavanagh – who seconded the motion - said north Kilkenny got a “desperate wallop” during Storm Emma and described the snowfall as the “worst we ever got”.

Fianna Fail's Michael McCarthy said the roads are in an awful state as a result of the bad weather.

Area engineer, Philippe Beubry, said the roads network has suffered hugely and numerous potholes are appearing after a “long winter”.

He said extra funding from the Government would be welcome.