Editorial: Parades and pageantry promised in the sporting fixtures alone 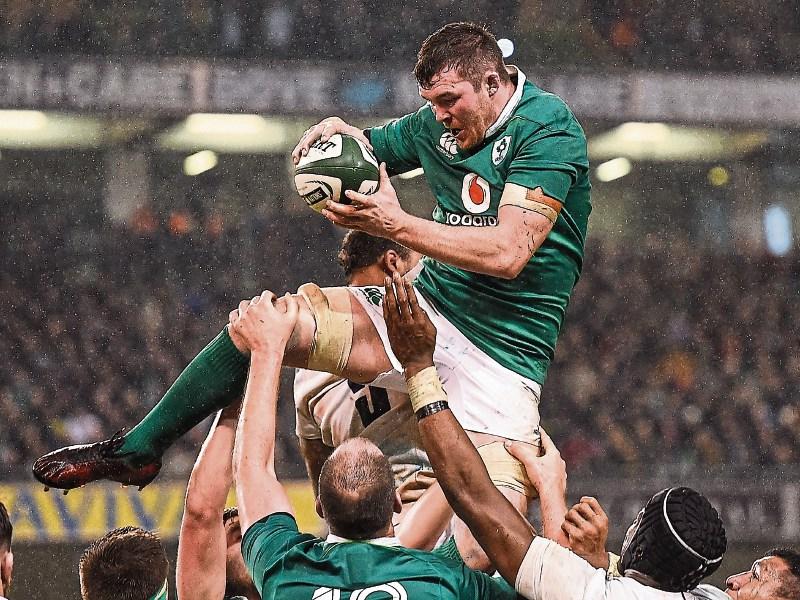 Ireland take on England for the Grand Slam this afternoon

It’s a week to trump all other weeks. Working our way back, we’ll have all the pageantry that comes with Kilkenny taking on old rivals Offaly as the sides do battle in a National Hurling League quarter-final on Sunday.

The Irish rugby team will be paraded around Twickenham as the Six Nations Champions look to snatch a Grand Slam against England today and all of this after we've had four days of horse racing at Cheltenham right up to Friday evening.

Even if you’ve no interest in sports, you’ve still got the St Patrick’s Day festivities to look forward to and that’s got all the parades, pageantry and fireworks that’ll be seen in O’Connor Park (Tullamore), Twickenham and what we witnessed at Cheltenham.

So, it’s a week that’s got something for everyone.

All of this will take place alongside the inimitable Tradfest - which boasts a host of stellar performers and “runs complementary to our St Patrick’s Day Festival celebrations”.

Visitors and locals won’t want for anything this weekend in Kilkenny - whether they’ve a grá for sport, the arts or are just looking for a weekend’s entertainment.

The main St Patrick’s Day event in the city, the parade, will begin at 1pm today, leaving from St John’s Church. Thousands will attend parades right across the county this afternoon where everything from candy floss to trays of chips covered in ketchup will be consumed.

It’s not just the City that boasts a well-organised and entertaining parade.

Callan’s Trasna Productions has been involved in producing some very imaginative floats.

That’s to name just a few.

Tradfest events will see the Irish folk legend, Finbar Furey, perform at St Canice’s Cathedral on Friday with Brian Kennedy at the Watergate Theatre on Sunday.

Sure where else would you want to be this week, only here, followed by a brief sojourn to Tullamore on Sunday of course.

It’s a week to trump all other weeks.