Parades, as well as Thomastown's Wheelbarrow Dash and Wet The Shamrock 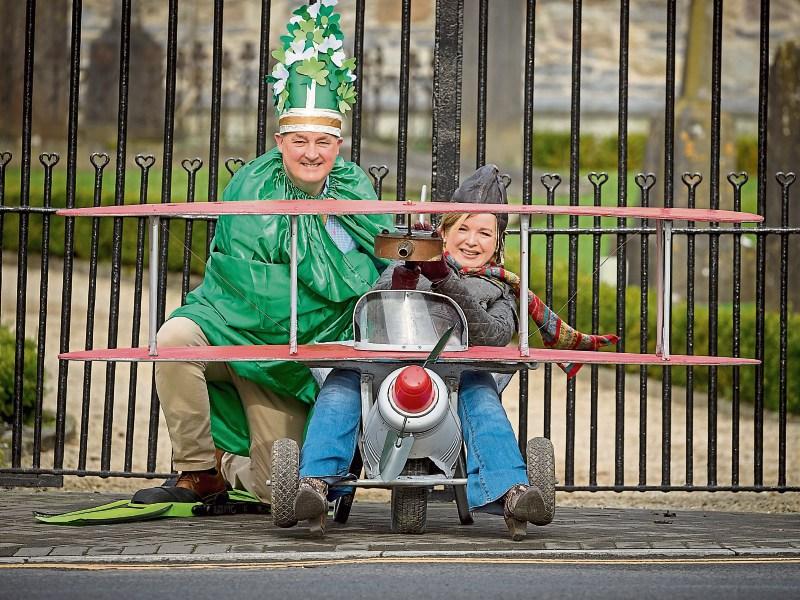 Here are the details of some of the main St Patrick's Day parades and events from around the county.

Meanwhile, for the second consecutive year, Thomastown will mark St Patrick’s Day in its own unique way, a ‘Wheelbarrow’ Dash around the heart of the town will precede a wild ‘Wet the Shamrock’ swim in the Weir Pool.

“The concept is simple: get your hands on a wheelbarrow, decorate it – let your imagination go wild – and bring it along to our parade,” says TCN Treasurer Bob Wemyss.

“We had over sixty entries last year, it was quite a spectacle!”

Wheelbarrow Dash participants will meet at the Quay Car Park at 11.30am: ‘wheel off’ will commence at 12.15pm, and the procession will move clockwise through Thomastown via Low Street, into Market Street, turning right onto Pipe Street and down Logan Street before returning to the Quay Car Park for prize-giving at 12.45pm.

‘Wet the Shamrock’ will begin at the Weir pool at 1.30pm. Visitors are asked to park on Mill Street and walk the short distance down to Island Weir as there is no parking allowed on the Weir pool site or on the laneway.