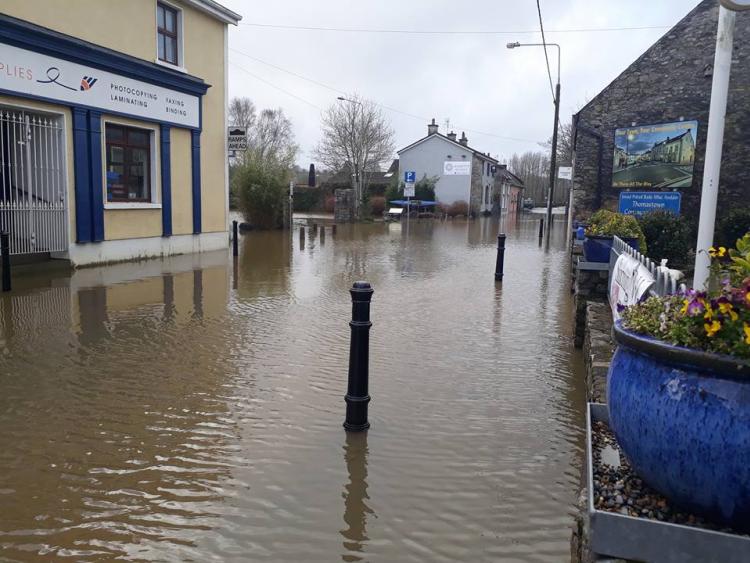 There is despair in Thomastown this morning, with the town's community hall once again left coping with the water left by the floods which struck yesterday evening.

Cllr Breda Gardner says at least one inch of water covered the hall's wooden floor, and Seamus Quigley has been mopping this morning and awaiting the arrival of dehumidifiers. It's not the first time the building has had to deal with the floods. Tens of thousands of euro worth of damage was done in the big floods of 2015.

"There is disillusionment there with the community centre, because it's 'here we go again'," Cllr Gardner told the Kilkenny People.

Yesterday afternoon, Kilkenny County Council was warning that river levels were rising rapidly. Sandbags were deployed to the usual locations, as local business owners and residents prepared for the worst.

By evening, their fears had been realised. The swollen river burst its banks, causing havoc. The quays and Marshes Street were rendered impassable.

And now, once again, the community is left counting the cost as the waters recede.