One billboard outside Kilkenny City

Have you seen this on the outskirts of the town? 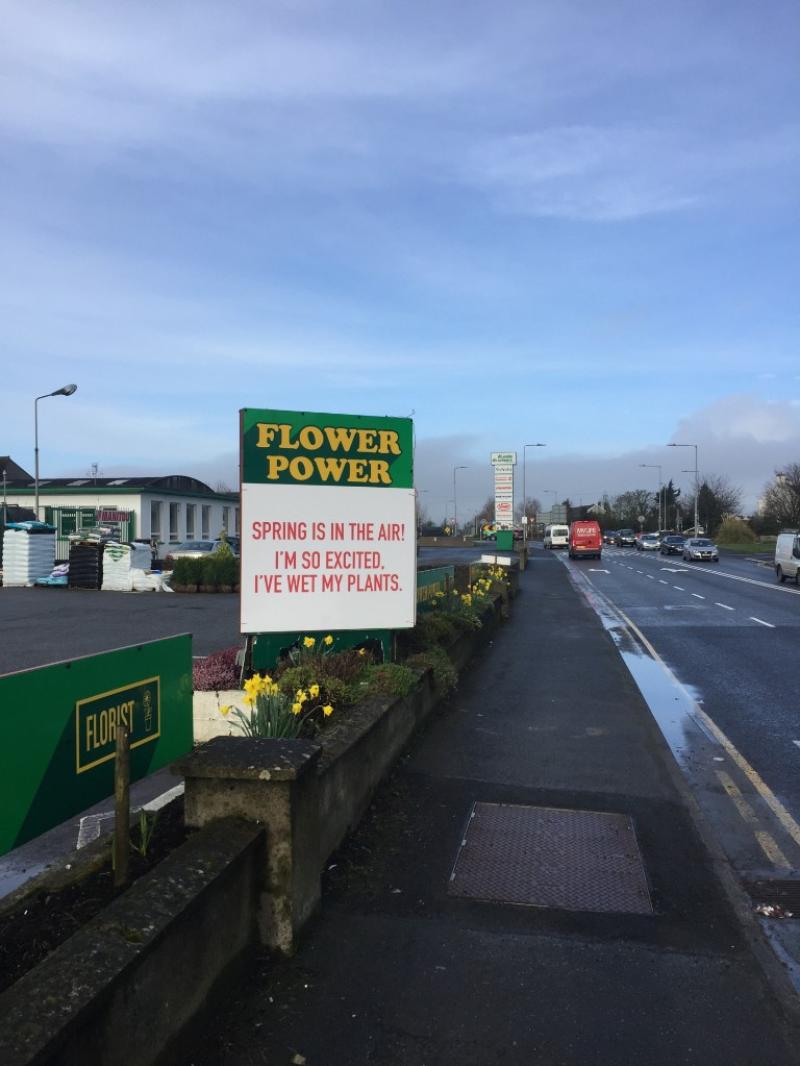 The Oscar winning film 'Three Billboards Outside Ebbing Missouri' has seen a surge in people around the world using advertising on billboards to try and right wrongs.

The film's narrative revolves around a character called Mildred Hayes (Frances McDormand) who pays to advertise three signs leading into her town with controversial messages questioning a police investigation.

The film by Irish director Martin McDonagh won several Oscars including for Best Actress (Frances McDormand) and Best Supporting Actor (Sam Rockwell) as well as a nomination for Best Picture.

Anyway, the movie inspired others to use billboards for such missives and a couple in Kerry recently put up a 'colourful' sign to get speeding drivers thinking.

Valerie and Raymond Knight painted the billboard in front of their cottage outside the village of Abbeydorney. It read: “Will the b*****ds who keep smashing my wall stop. I’m too old for this.”

Now it seems to have caught on in Kilkenny, but with a little more levity, for the announcement of spring's arrival.

The Flower Power Garden Centre's novel and light-hearted approach saw them use the billboard outside their premises to simply let motorists know spring was here and tell a little joke at the same time.

It helps that the joke is hilarious too.