How long will Kilkenny towns have to suffer flooding woes? 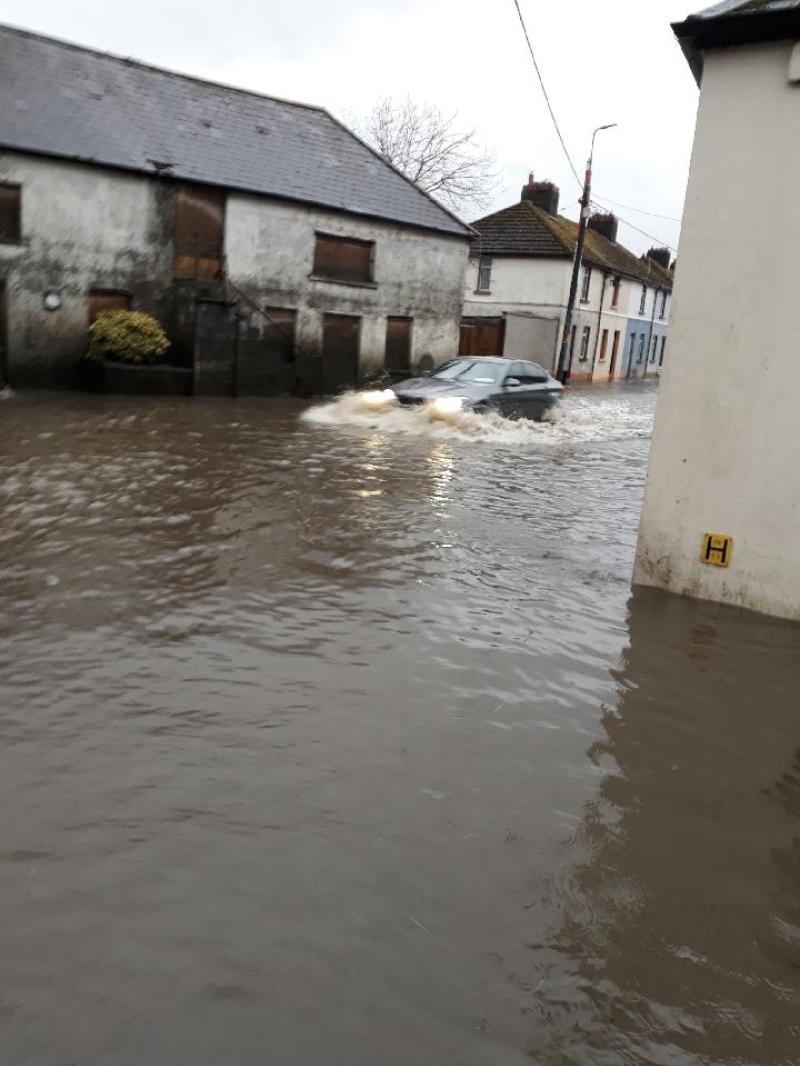 Towns around the county have been devastated by flooding once again with people in Thomastown, Freshford Graignamanagh, Inistioge and Callan all scrambling for sandbags.

Communities were hit hard last week with no end in sight to their flooding woes as they await action from the Government and their local authority despite the flooding problems being decades old.

As floodwaters encroached on residents’ homes and livelihoods, Mayor of Kilkenny Michael Doyle, who is from Inistioge, lamented what he said was a lack of progress on the issue.

“In Graig’, Inistioge, and Thomastown, they have been completely forgotten since the previous flooding,” he said. There hasn’t been one thing done.”

Mayor Doyle said it wasn’t good enough. “There’s millions and millions of euro set aside for flooding across the country — well I don’t know where it is because we haven’t seen one penny of it. how long more must we suffer. I think it’s a complete disgrace,” he said.

Thomastown and Graig’ are still awaiting word on the pilot scheme for Individual Property Protection measures. This is despite a report being submitted to the Office of Public Works last August. At a meeting on Friday, councilllors expressed frustration at the pace of flood relief works for affected areas.

Cllr Andrew McGuinness said he supported the Mayor’s comments, and sympathised with those who had been flooded.
“Substantial funding is required. Maybe we can write to the Minister now as a council.” The mayor seconded this proposal.

Cllr Malcolm Noonan said there needed to be ‘a significant fund’ in place for local communities, as the Catchment Flood Risk Assessment and Management (CFRAM) works could take years.

Director of Services Tim Butler said funding may not become available for the CFRAM scheme ‘for some time’, and that there may be other difficulties with things like planning as the schemes may entail large walls.

Senior engineer Simon Walton said it was not the case that ‘nothing has been done’, but that the cost of flood walls for Thomastown and Graig’ would ‘be in the multi-millions, obviously’, and a long way off, while the IPP measures would be more affordable (in the region of €700,000).

Mr Butler also revealed that at 11pm on Wednesday night, the Kingsriver in Callan had shown its highest level since records began in 1967.

Area engineer Eimear Cody revealed that the pumps had worked but the sheer volume had been overwhelming. She said the council would be looking into another standby pump.

The OPW said they are now in the process of submitting the Flood Risk Management Plans to the Government. The CFRAM Programme “identified a viable flood relief scheme for Thomastown, Graig’, Inistioge and Freshford”.

In relation to Callan, a technically viable flood relief scheme has been identified, however “a more detailed assessment of the costs and benefits will need to be completed to determine if the proposed Scheme is feasible”, the OPW added.

Cllr Mick McCarthy said people in Freshford are livid that the decades old problem with the tributary of the River Nore has not been solved. Cllr Peter ‘Chap’ Cleere added that “enough is enough” in Graig’ and Thomastown.