Column: Reigniting my love affair with squash in military barracks 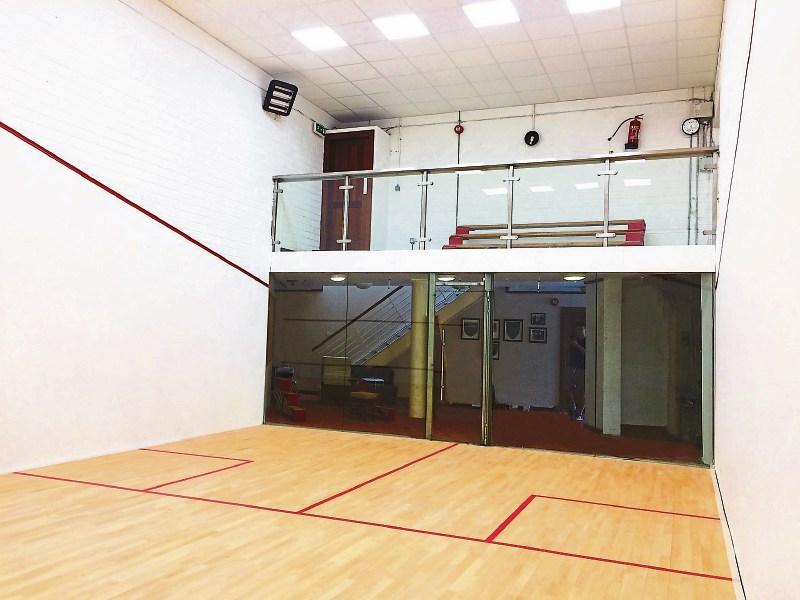 A file photo of a squash court

I’ve reignited my love affair with squash after a brief sabbatical from the game but I never thought if I played it again it would be in a military barracks.

My first night back was last week and as I’m writing this, it’s been two days since I played in the blitz and my glutes are still so sore it hurts to sit down and I’ve pains all the way down my legs.

On top of that my lower back is paining me and my wrist feels like it’ll never be the same again. Believe it or not, the morning after I played, I was fine, then that evening it hit me like a brick wall.

Getting in and out of my car has been a chore since then.

It was worth it of course, I’d forgotten how magical the sport can be. The belief that you can win every rally. The reality that you lose most of them. I imagine I was like a gazelle around the court last week, pirouetting and killing the ball where I could.

There were power shots from both my forehand and backhand, there was even a shot through my legs. I played five different guys and we had some great rallies, although the fifth guy just made a fool of me.

Anyway, the movement of a gazelle, that’s how I imagined I looked. In reality, I probably trundled around the court like a rhinoceros with all of the grace and elegance of someone slipping on ice and falling on their posterior.

I admit, I was huffing and puffing, but there’s no doubt my lung capacity has improved since I last played when I was in college.

Long distance running, no problem. Running in bursts for a couple of metres at a time, pure torture. That’s the aspect of my fitness I’m looking to improve and if my aches and pains are anything to go by, squash is guaranteed to improve it.

Anyway, I’ll eventually get around to why I’m playing it in a military barracks. So, I plan on moving to Kilkenny in the next few months and I wanted something to do in the evening other than running and spinning (YouTube classes) - both of which can be quite isolating.

I looked up squash clubs in Kilkenny and found the James Stephens Squash Club in the City and messaged them on their newly set up Twitter account.

I had a great chat over the weekend with one of the club’s members and it was arranged that I’d go to the Tuesday Blitz and see how I got on. I had all the pre-requisites like white rubber non-marking shoes and I bought myself a new racquet and a ball and I was ready to go.

The club’s courts are in the James Stephens military barracks inside an old church and the facilities could not be better.

To get to the club, you simply drive in past the military checkpoint at the gate on Ballybought Street. Once you’re a member, you’ll be given the necessary information to get yourself in.

The courts are open from 10am to 10pm which suits almost all working hours.

There’s a WhatsApp group too where you can message to see if anyone is around for a game at a time that suits you. I’m told the building where the courts are can be too cold in winter and too warm in summer. It didn’t matter to me. Nor will it matter to you.

I got my games in and had a great time playing men of all ages. I managed to beat three of the five members over the course of two hours, I was narrowly beaten by the fourth guy but I reckon I can take him and the fifth guy was way out of my league and was toying with me.

I don’t mind playing lads like that, even if I get hammered, because I’m watching what he’s doing and I’m learning.

Irrespective of that hammering, I’ve re-kindled my love affair with squash and I can’t wait for next Tuesday. Forget the fitness benefits too, it’s just nice to talk to someone other than my girlfriend and my Shih Tzu.

It’s the perils of living and working in new counties. You’ve just got to put yourself out there.