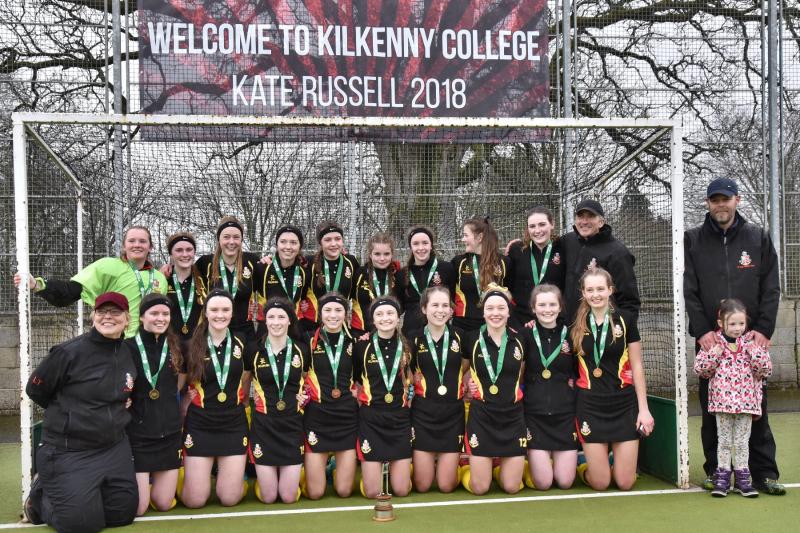 The students and staff of Kilkenny College have set off for the Easter break with a spring in their step, with their senior girls hockey squad crowned All-Ireland champions on Friday.

Of Irish Hockey’s five provinces, it was the south-east's turn to host the event. Kilkenny College was the destination last Thursday and Friday.

Kilkenny got off to a solid start by beating Loreto Foxrock in the opening game of the tournament. The Castlecomer Road school followed this up with a close match against Rainey Endowed by which at the end of the game the teams could not be separated.

A hat trick from Yasmin Pratt helped Kilkenny College to their 5-2 win over Mt Mercy. With other results playing out the way they did, a Kilkenny College win against Salerno of Galway, in the final game of the tournament would ensure the title coming to Kilkenny for the first time since 1994.

In a game that started apprehensively for both sides, nerves were soon settled as Yasmin Pratt found the back of the net. A second half goal by Kilkenny’s Sophie Thomas saw the Kilkenny girls win the title, as the game finished Kilkenny College 2, Salerno 0.

“I’m delighted for the girls, given the amount of hard work they have put in over the last few years,"said team manager Lesley Threlfall.

"We’ve come close in recent times but needless to say we are thrilled to win this tournament, especially in front of our school community. The girls always gave of their best and their coaches Richard Willis and assistant coach Ross Harding could not have asked for more from them. While the spine of the team have all been capped at underage level (Ellie Mcloughlin in goal, Charlotte Cope at centre back, Sophie Thomas at centre midfield,and Yasmin Pratt at centre forward) all of the squad made a huge contribution on the pitch.”

Logistically the event was a success off the pitch too. Headmaster Simon Thompson was full of praise for the squad and their management.

“Head Coach Richard Willis and Ross Harding had previously coached the boys to the equivalent win in 1999 so today is a great day for Kilkenny College girls," he said.

"Equally, I must compliment the entire school community in getting behind the logistical operation that an event like this requires. The Transition Year students were at the centre of event as well as numerous teachers support staff and parents. I’d like to thank our sponsors Kukri, Brook Food Services, So Hockey and Volac for their support which made the event such a success.”