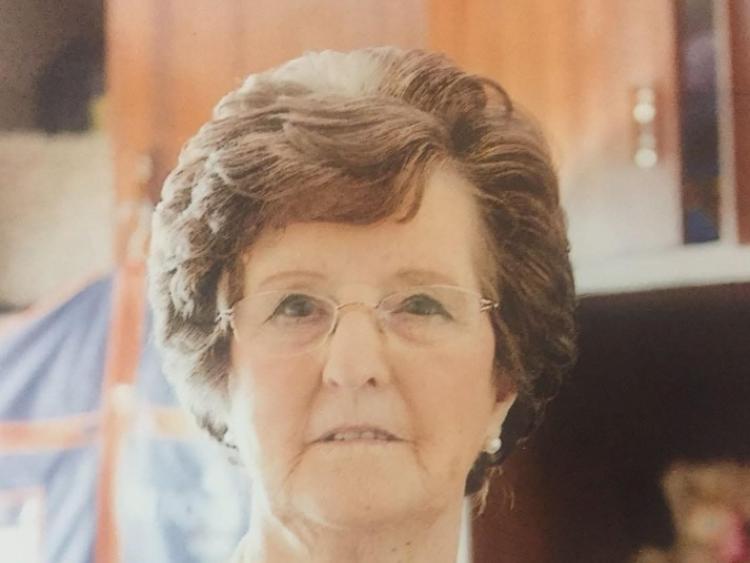 Lily, Elizabeth Frisby (nee Meagher) late of Ballinamona and Slieverue passed away peacefully at her home on Friday 9th February 2018, and was brought to her final resting place in Slieverue Cemetery after 11am Mass on the following Sunday.
On a cold but bright morning, a packed church gathered to pay their final respects to Lily, a native of Slieverue and a quietly spoken but much-loved lady.
Lily was married to the late Michael Frisby who died January 2nd 2017.
A mother, grandmother, sibling, and friend to many Lily will be missed by all those who knew her and whose lives she touched.
Like her late husband Michael, Lily was born in London in 1938 to Paddy and Kitty Meagher (nee Walton).
With the prospect of war looming Paddy and Kitty returned to Ireland and set up home in Slieverue, where Paddy (like so many others) found work in the Clover Meats factory in Ferrybank.
Clover Meats
The Clover Meats plant would provide the Meagher family with not only employment, but a means to raise a family that soon grew to include her late sister Mary, brother Michael, and sisters Kathleen, and Imelda.
Lily grew and flourished in a Slieverue that was very different from today.
In her early days, she would often collect milk from local farmers before cycling to school in Slieverue and later Ferrybank, or to work in Graves general store in Waterford.
Attending local dances Lily delighted in the fun and innocence that was youth. And it was at one such dance she met the love of her life and future husband Michael.
Courting for a few years Lily and Michael were married in Slieverue Church in 1962, and after living for a while in Waterford and Kilmacow they set up home in Ballinamona.
Here they raised their family: Gerard, Michael, Pat, Raymond and only daughter Elizabeth. The family soon grew to include wives, husband, and ten grandchildren.
Kate, Jack, Saoirse, Ciaran, Micheal, Crea, Cillian, Lorcan, Conor, and her namesake Lily.
Lily's support for her family and friends was unconditional and she was a lifelong Kilkenny hurling supporter, which was no surprise given she was related to Kilkenny hurling greats Lowry Meagher and Sim Walton. Where others poured their energy into their career, business, or other pursuits, Lily's focus and interest was her family and friends. Lily knew every birthday, anniversary, memorial, family connection and never forgot anybody's special day.
On Sunday, February 11 after 11am Mass Lily Frisby was laid to rest in Slieverue Cemetery beside her husband Michael, and (as in life) next door to her beloved sister Mary, and husband Charlie.
Like many other Lily was a remarkable woman who shunned the limelight, but whose memory will burn brightly in the hearts of all those who knew her and loved her.