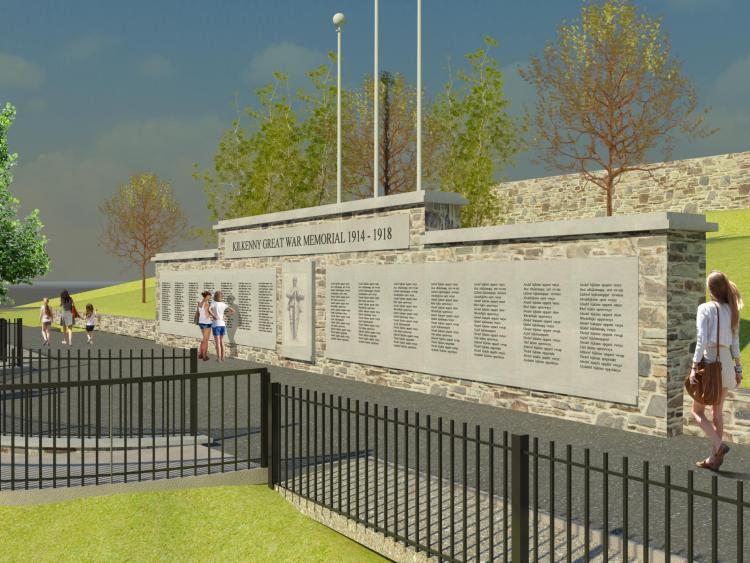 Dates have been announced for the official unveiling of Kilkenny’s two new war memorials, on which work is currently under way.

The memorial to the 825 Great War dead, at Peace Park, John’s Quay, will be unveiled on July 15, with assembly from 1pm and the ceremony getting under way at 2pm.

The Kilkenny War Memorial committee has also said that a memorial to the 1,329 Kilkenny people who served in World War I and World War II, which is to be located at Mac Donagh Railway Station, will be unveiled on August 12.

For the event, the station will be transformed in to how it would have looked in 1918, and a parade through the streets of Kilkenny will also take place on the day. 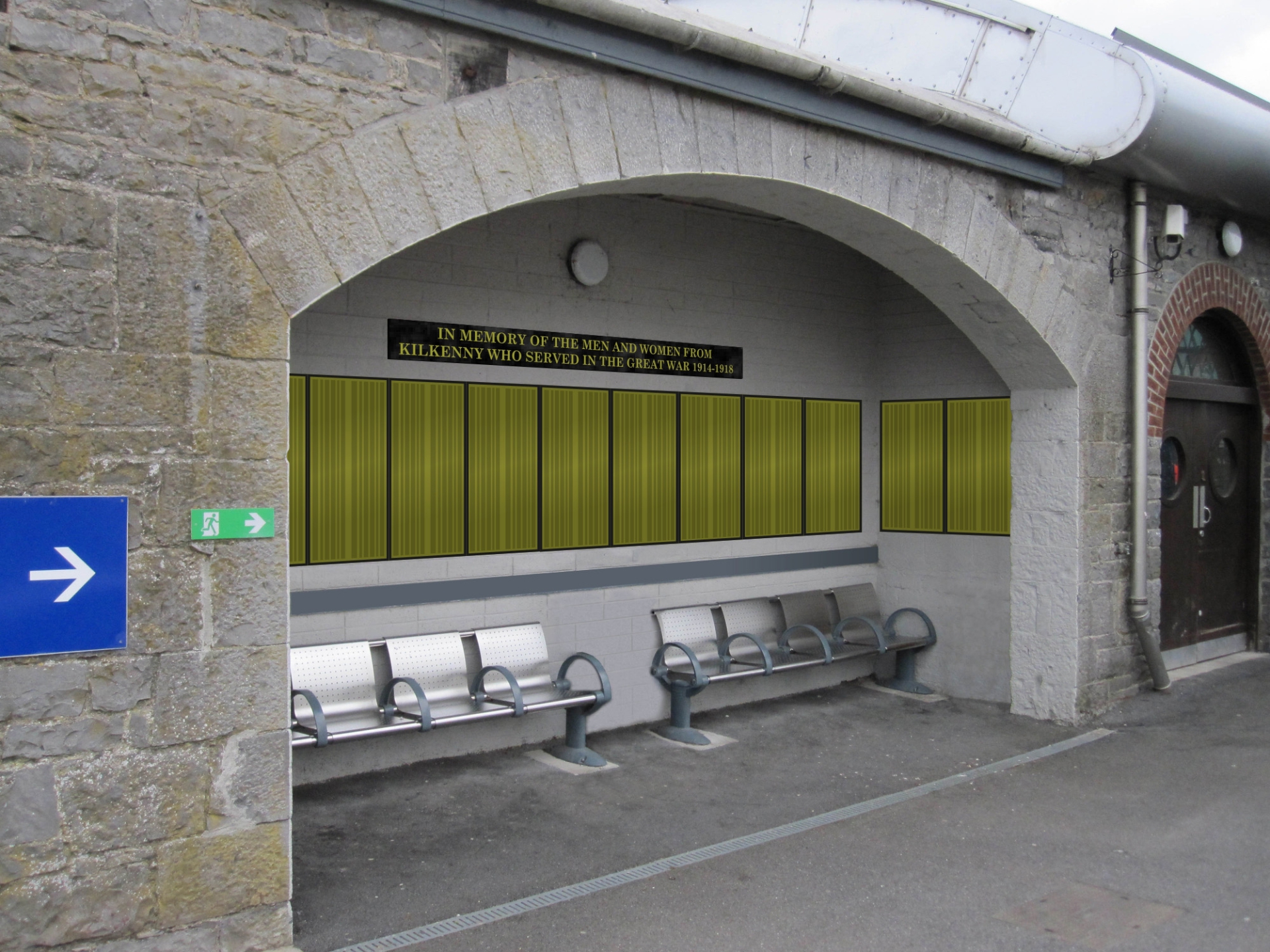 The memorial proposed for the Mac Donagh Railway Station in Kilkenny

Work on the Peace Park memorial  is  now under way, and expected to be completed in late June. The works are being completed by John Somers Ltd under contract with Kilkenny County Council. Design details have been provided with the expert assistance of local engineering consultants Kilgallen & Partners, and all plaques, statues, nameplates and capping stones are being cut from Kilkenny Limestone supplied and detailed by Molloy’s Stone, Callan.

Donations are still needed towards the memorials, and readers can contact the committee of The Kilkenny Great War Memorial, c/o 48 John Street Kilkenny.