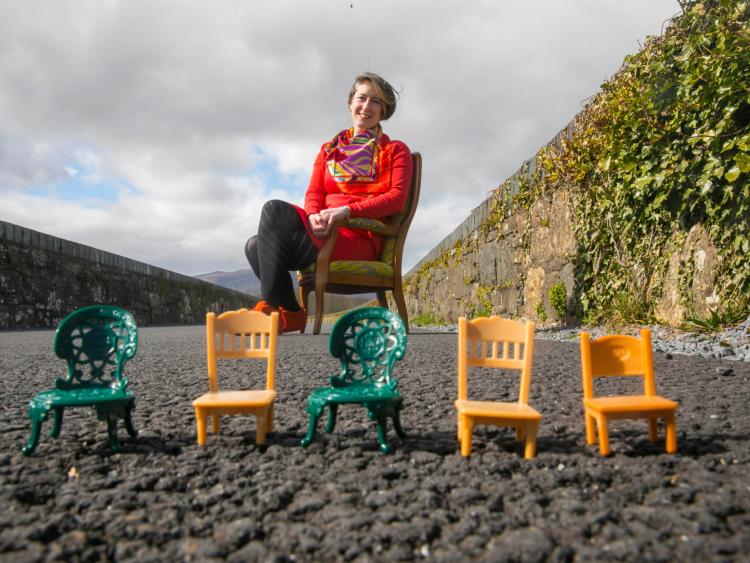 Over 1,000 people across Kilkenny, Wexford and Waterford are expected to take part in a major collaboration which celebrates the unique character of rural towns across the three counties and examines how the layout and design of their public spaces impacts on how people engage, gather and move.

The 'Bring Your Own Chair' project is funded by the Arts Council’s 'Making Great Art Work - Open Call Award' and will foster greater civic engagement and participation in public spaces across the three counties, organisers say.

The community project runs from now until the end of September and focuses on the decline of small towns and revival of traditional meeting places. It will see a performance in 12 parts taking place at three locations this summer following a series of coordinated design, craft and performance scoping workshops and residencies.

Over 1,000 participants will be involved in the performance, with the possibility of a further 12,000 audi­ence members enjoying the experience. In Kilkenny, participating areas hand-selected to take part are Slieverue, Kells, Coan and Goresbridge.

When cinema started out in Ireland, it was also a time when few households had a television set. Cinema-goers or potential television viewers would therefore bring their own chair to a hall or a neighbour’s front room to view a film or watch a programme. People attending the pop-up performances will also be required to bring along their own chair and appreciate how while we’ve come a long way since then, little has actually changed.

Bring Your Own Chair will highlight the realities of rural liv­ing in 2018 at a time when rural public amenities are clos­ing, among these post offices, shops, bus routes and schools and people have less and less meeting places, visual artist Michelle Browne explains.

“This international arts project will investigate how the design or layout of public space can impact the way we come together,” she says.

“We’re engaging with our carefully selected villages and towns with a population under 2,000 and have had a current or recent shift, for instance the loss of a transport connection. We want everyone to engage with us. We all have a role to play in ensuring the beating heart of our rural communities survives.

“Three Irish and European designers will undertake a two week residency each in the selected rural towns, will examine the vernacular craft and design history of each area and lead a workshop pro­cess in three towns each.

“A large-scale event will take place through a well-managed and ambitious cross-county and multi-institutional partnership. All of our work stems from the close working relationship which emerged between key groups across a wide variety of industries and walks of life in the three counties during the Three Sisters European Capital of Culture bid. As the heart of many of our small towns face decline, Bring Your Own Chair looks at ways we can all come together, work together and reclaim public space for collective experience and action."

Bring Your Own Chair draws out the character of these in­dividual towns in order to bring them together under the umbrella of an artwork in 12 acts to investigate what is at stake for today’s rural communities. It aims to foter greater civic engagement and participation.

Michelle Browne will also work with choreographer Emma Martin throughout the project. As the heart of our small towns face decline, Bring Your Own Chair looks to reclaim public spaces for collective experience and action.