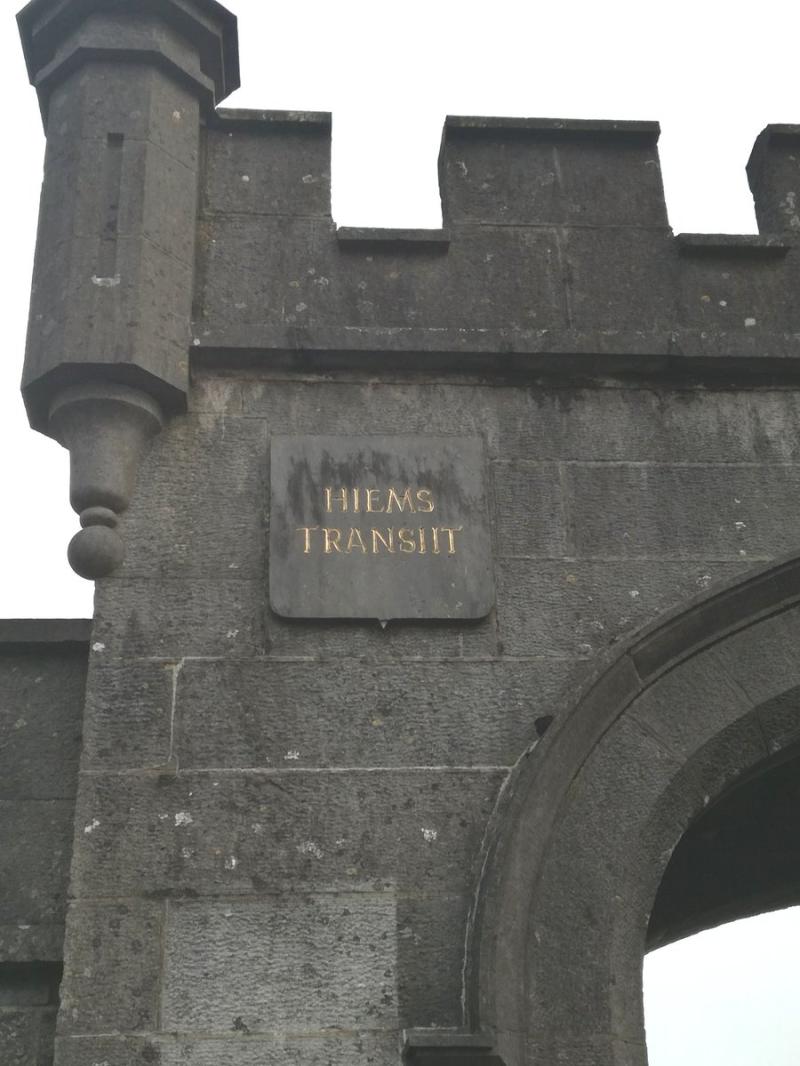 The motto outside the school

St Kieran’s College secondary school in Kilkenny has a motto worthy of being used in the hit TV series Game of Thrones and may be prescient of how the final season of the show will play out.

Viewers of the popular HBO programme will be acutely aware of the regularly used phrase in the series, "Winter is coming".

The series is about noble families and their fight for control over the mythical lands of Westeros, while an ancient enemy returns from the cold lands in the north after being dormant for thousands of years.

This enemy could bring with it a long winter were they to overcome all of the different houses in Westeros.

"Winter is coming" is the motto of House Stark - one of the most important houses in the fictional world in Game of Thrones - but St Kieran's have gone one better.

The College - established in 1782 - boasts the motto Hiems Transit which translates from Latin into, “Winter has passed”, from The Song of Songs (2:11) which refers to the ‘winter’ of the Penal Laws era.

With the eighth and final season of Game of Thrones due to air next year, winter may well just be about to pass for the fantasy drama if the enemy coming from the north can be defeated.

A picture of St Kieran's motto on the walls outside the Kilkenny school was recently posted on social media:

Gave a walking tour of #kilkenny today, on of my fav tidbits, Heims Transit, ( Winter has Passed) the motto of St Kierans College. Est 1782 at end of Penal laws against Catholics. pic.twitter.com/r9Rg7NSe0t