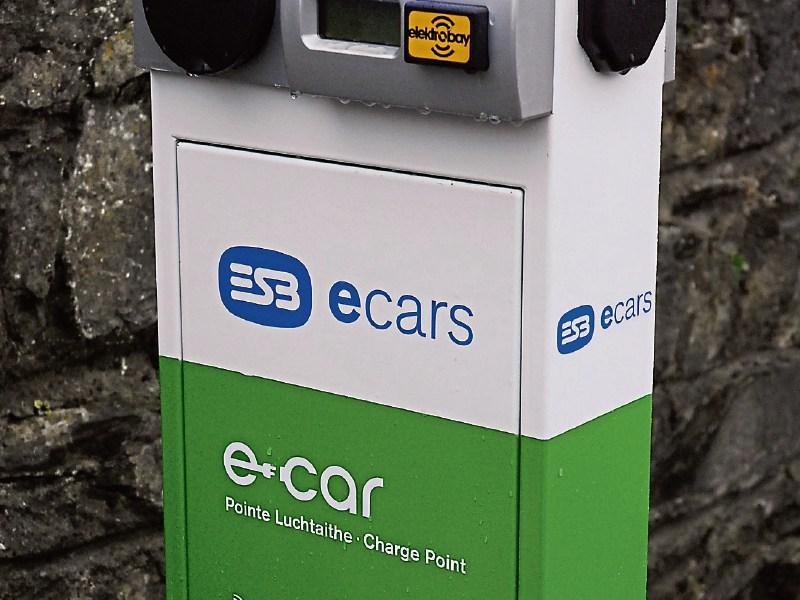 Kilkenny’s number of electric car charging points in the county is “woefully low”.

Green Party spokesperson for local government, Cllr Malcolm Noonan, said that the lack of availability of charging points and in particular fast chargers is limiting the sales of Electric Vehicles in the county.

“There is only one fast charge point in Kilkenny City; located at Barlo Nissan on the Dublin Road and a woefully low number of charging points around the city and county.

“People who wish to make an economic and environmental choice to buy an Electric Vehicle are being deterred from doing so,” said Cllr Noonan.

Kilkenny boasts 17 charge points across the county at places like Callan, Knocktopher, Urlingford, Thomastown and at several locations in Kilkenny City.

Cllr Noonan said that he received a number of complaints from people who own Electric Vehicles in the city who could not find a charging station during the busy tourist season in summer of last year.

He added: “I would like Kilkenny County Council to work with ESB Networks to find as many locations as possible to install charging stations.

"I am aware that some vehicle manufacturers install charging points free of charge in customers homes and this is a progressive way forward.

“Also I would be wholly opposed to any move by Government to impose a for profit model on the charging stations.

“They should be free to use to incentivise more people to buy electric vehicles. It makes good economic sense as well as being good for the environment and air quality in our towns and cities.”