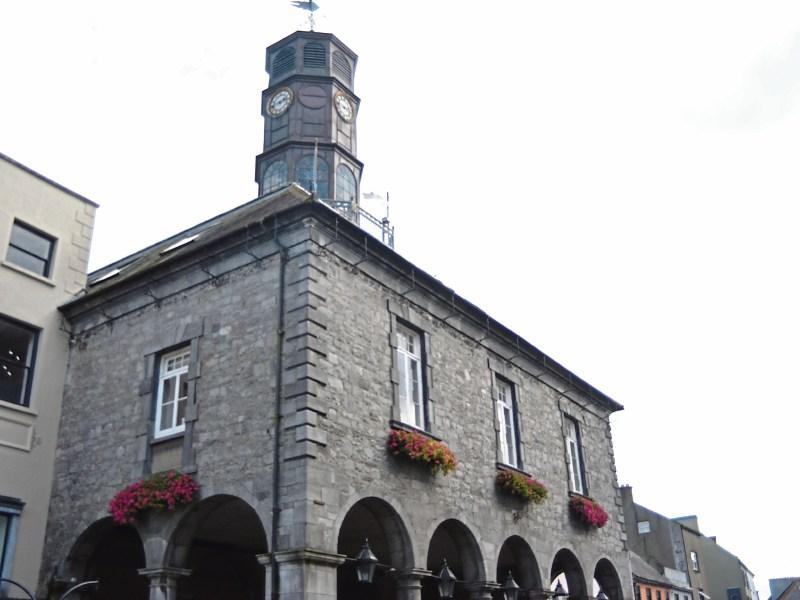 The establishment of Kilkenny City’s Municipal Borough District will not see the old system reinstated as the county is “not going to have two different local authorities”.

Minister Phelan was responding to comments made by Green Party Cllr Malcolm Noonan who said: “Nothing short of a fully reinstated Borough Council would do in my view.”

The Minister established two committees to review and make recommendations on local electoral areas and to report to him not later than June 13 of this year.

The Terms of Reference included that each town which was formerly a Borough shall be designated as a distinct Municipal Borough District.

The review is being undertaken in prospect of the local elections to be held in 2019. The committees' reports will be considered by Minister Phelan as the basis for the revision of the local electoral areas under his statutory powers.

Fianna Fáil’s Cllr Andrew McGuinness called on the Minister to reinstate the City Council with its own budget and Mayor.

Cllr Pat McKee said the eradication of the City Council in the 2014 Local Government Act have seen significant difficulties and challenges arising from the “misguided decision”.

He added: “Issues have fallen through the cracks.”

Cllr McKee said the City Council had a budget of €17m which was spent in the City with 80% of the money raised in the City prior to the abolition of the Borough Council.

He said it would be “all talk” unless there is a commitment in statutory legislation that the budget and finances of the district were returned to what it was before. “If all we get back is the electoral area without the finances, we’re in a worse situation,” he added.

Fianna Fáil’s Peter ‘Chap’ Cleere said he did not like the rhetoric of “them and us” and “city and rural”. He said: “We are Kilkenny. The City is thriving.”

Cllr Cleere pleaded that communities and parishes aren’t split in the redrawing of the local electoral boundaries.

The Minister said he could not agree more that the Municipal Borough District for the City would need a separate budget and it would be “Borough Council light” if it didn’t have its own finances.

He said the “old block grant” would be devolved directly to Borough MDs as opposed to the central authorities.

Minister Phelan added that at Borough level members will be able to initiate schemes to vary commercial rates.

Cllr McGuinness said a lot of local businesses are closing down and a lot of people tell them it’s because of the costs associated with rates which is “unfair” and is hindering employment. He added: “To be able to inject flexibility in how we deal with that is welcome; a welcome tool.”

Cllr McKee said the block grant was worth between €1.8m and €2m which is “a very small portion of the budget we want to enjoy”.

He asked whether the entirety of the commercial rates generated in the City will be kept and spent in the City as was the case prior to the abolition of the Borough Council.

The Minister said this was not the case and only extra revenue raised through any increase would be kept in the City and the rest would still go to the County Council budget.

He assured the members that the committees were instructed that “communities not be split where possible”.

Currently, Kilkenny City is split into east and west with six seats in both and each contains large areas of rural hinterland.

The review could propose a seven seat Kilkenny City electoral area and a six seater for the area of Thomastown stretching from Graignamanagh to Callan and everything in between.

Minister Phelan told members last Friday that this is the “most likely outcome” but advised where the reports’ conclusions “draw the lines for the areas are anyone’s guess”.

He added: “I have no intention of getting involved in it,” but also admitted that Kilkenny City should have its own district.

Based on the Terms of Reference published last December, Minister Phelan announced that they would ultimately lead to the restoration of the borough and county council status which will see the mayor once again having precedence in the City at civic functions.