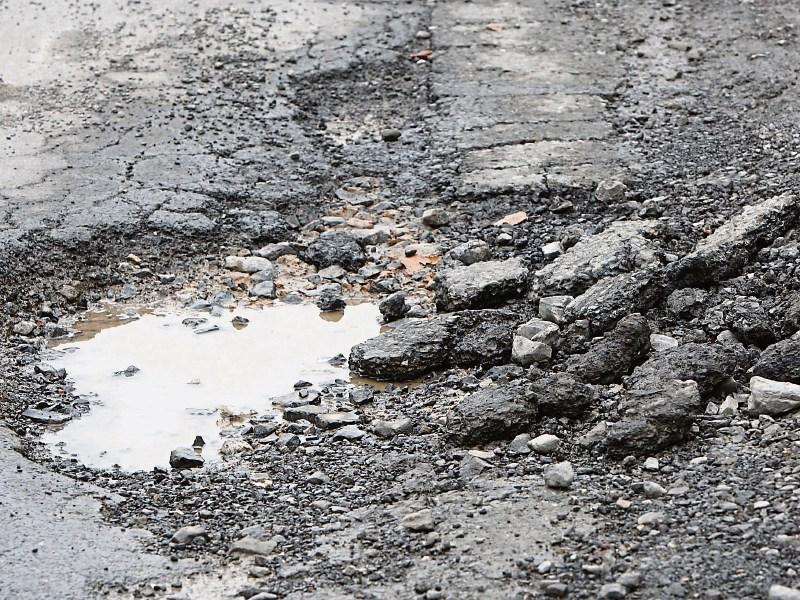 Potholes are a problem right across Kilkenny

Councillors have said there has been a “huge influx of potholes” in the wake of the recent extreme weather events with 29 roads in one local electoral area plagued by the cavities.

The issue of potholes was raised at the Kilkenny City Municipal District last Friday and the Castlecomer MD meeting on Monday.

Cllr Peter “Chap” Cleere said there has been a “huge influx” of potholes around the county.

He said: “There are 29 roads (in the City MD) area that currently have potholes and it probably was 49 last week”. He told the meeting that the frost and wet weather had left road conditions “treacherous” and he asked if there was any correspondence from the Government as regards extra funding.

Director of Services at Kilkenny County Council, Tim Butler, said they are currently putting costs together on the Storm Emma damage and a list of damage caused to roads, similar to the 2016 floods, to get additional funding.

He added: “We do have a little bit of extra funding in roads but nowhere near enough.” Mr Butler told members that Kilkenny has “one of the highest standards of roads condition in the country” and is one of the better ones.

Cllr Matt Doran said the county’s rural roads have been subjected to “serious damage” after the bad weather and potholes are “getting bigger”.

At the Castlecomer MD meeting, Cllr Mary Hilda Cavanagh said there was “huge investment” needed for the county’s roads due to the “savage damage done by snow”.

She also said it is not a case anymore of filling in potholes and moving on. Roads will have to be widened. Farm machinery is bigger and they’re driving along county roads in the middle and the wheels are digging out debris from either side.

“The horse and cart are gone. The window for cutting silage is so tight. The sides of roads are breaking down.

“There has been a change in traffic. Lorries are wider than some of our county’s roads.

Cllr Pat Fitzpatrick said: “This is just another example of under-investment in the rural road network. It simply is not good enough.

“It is undeniable that along parts of the rural road network there are what I would describe as avoidable risks being posed to the public with potholes.

“The blame for this lies squarely with the Government.

“Rural road users pay as much tax as anyone else and they are not seeing the benefit. There has been a total disregard of the needs of rural Ireland when it comes to several issues, including the condition of our roads.”

Cllr Michael McCarthy told the meeting how he had gotten a puncture recently from a pothole.

Area engineer for Castlecomer, Philippe Beubry, said it has been a “long and hard” Winter and added that the Council was “struggling to keep some of the roads under control”.

He added: “I don’t think there’s money there to widen every road.”

Cllr Cavanagh had a motion before the meeting calling for potholes to be filled in on county and other roads and that the issue be prioritised “immediately to stop further damage to cars”.

Cllr Fitzpatrick also had a motion calling on the MD to write to the Government requesting “emergency funding” to be put in place to carry out the necessary repairs in the interest of public safety.

For more on this story, read Darren Hassett’s column which will be online from Saturday morning or pick up this week's Kilkenny People.