The Barrons from The Rower, Kilkenny win major farm award 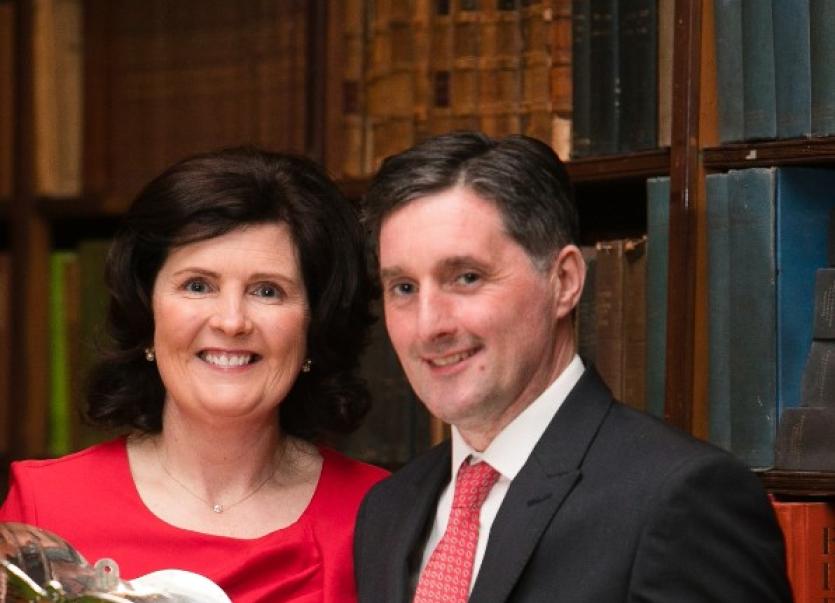 Michael and Niamh Barron, The Rower, Kilkenny after receiving their award in the RDS

Farmers from around the country received the 2018 RDS Spring Awards at a ceremony in Ballsbridge, Dublin last week.
Ashtown Katie, owned by Kilkenny couple, Michael and Niamh Barron of The Rower, took the Irish Angus Society Award.
Ashtown Katie was purchased as a maiden heifer in 2014 at the dispersal sale of the Ashtown Herd.
Katie has since gone from strength to strength in the show ring winning a number of Irish Angus Championships and Interbreed Championships in 2015, 2016 and 2017.
In 2017, at the 50th anniversary of the Irish Angus all Ireland Championship with her bull calf at foot, she finished off the year by winning the Senior Female Champion, All Ireland Supreme Champion.
The Awards were presented by RDS President Bernie Brennan and Andrew Doyle, Minister of State at the Department of Agriculture, Food and the Marine.
Minister Doyle praised the Barrons and said livestock awards on offer by the RDS were designed to give recognition to the integral part pedigree breeders play in this industry