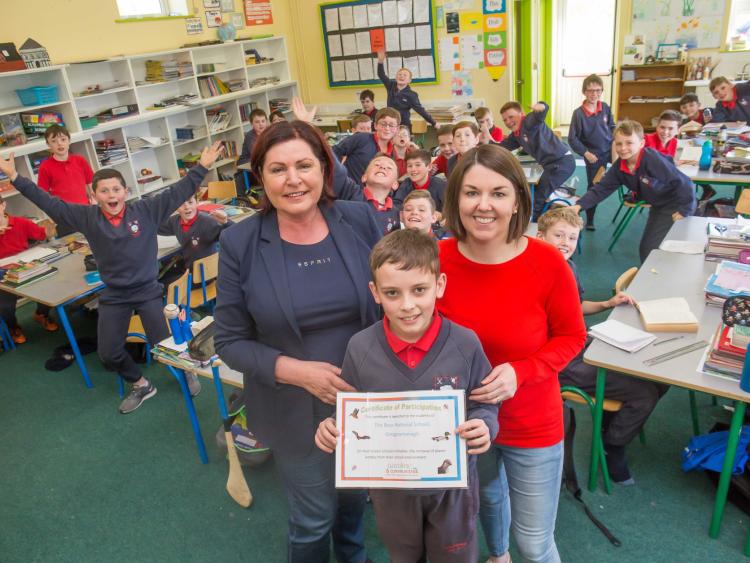 A conscientious group of school children have been doing their bit to stop the scourge of plastics pollution.
The students at Graignamanagh Boys National School have stopped bringing plastic bottles to school.
The green schools committee at the school have calculated that in just over four weeks, they have saved over 1,500 plastic bottles that may have ended up in the River Barrow.
The idea came after a talk on plastics by Eileen Canny of Heritage In Schools.
The children were so enthused by the talk organised by Ann Phelan of Kilkenny County Council that they put the idea for a ban to the green schools committee and it was accepted unanimously.
Since Easter, the children have been using reusable containers, doing their bit for the environment.
Ann Phelan is Kilkenny’s Community Water Officer and, being from Graignamanagh, she is delighted with the school initiative.
“One of the major objectives of the Waters and Communities Office is to raise awareness, particularly among the younger generations, about the use of plastics and their detrimental effect on our water bodies, our habitats and biodiversity,” she said.
“It is fantastic to see the students actively engaging and bringing forward initiatives that will have a lasting and positive impact on our natural environment which ultimately is in everyone’s interest.
“I want to congratulate them all on an excellent job and practising such a forward thinking initiative,” the former Labour TD said.