Over 300 houses planned for Kilkenny City 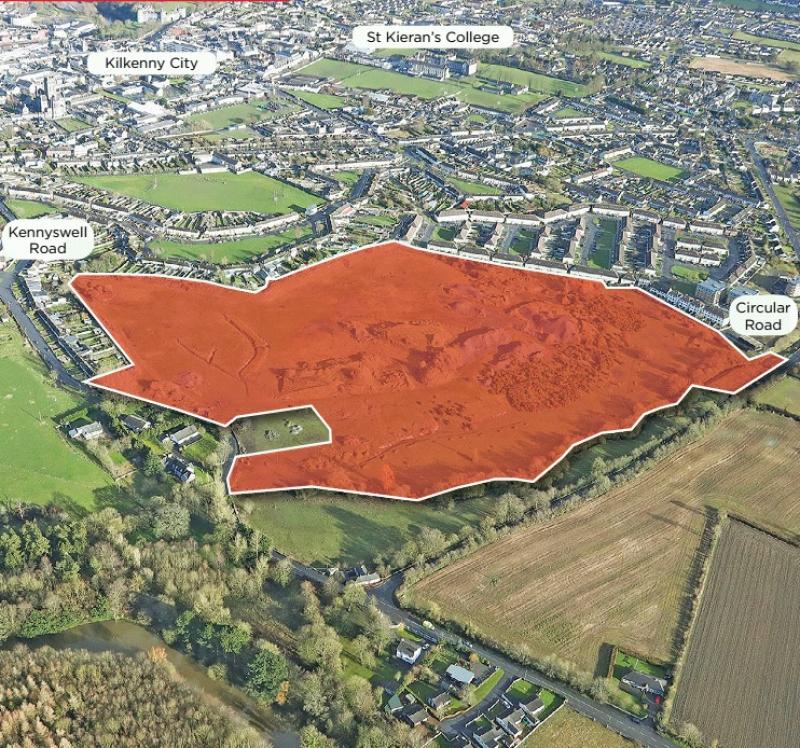 The site at Daly's Hill which was sold for €5.4m

Plans for over 300 houses are in place for the site known as Daly’s Hill, Kilkenny which sold for €5.4m at auction last week.

Local auctioneer Peter McCreery of Sherry Fitzgerald McCreery revealed that the land, purchased in trust by local solicitor Owen O’Mahoney after a competitive auction, is in a prime location, zoned mixed use residential in the western environs of the city.

In total, the new owner has purchased 32.6 acres, 9 acres of which will be a green area.
A feasibility study on the site was conducted by architect Mark Bannon of Patterson Bannon Architects and it showed a new development consisting of 307 prime residential units.

“It’s good news for Kilkenny, and for those new homeowners struggling to find quality accommodation,” said Peter McCreery.
“The area the site is in is now highly attractive for homeowners with new infrastructure being put in place, along with primary and secondary schools.”

The land was offered by joint agents Sherry Fitzgerald McCreery and Cashman Wakefield on behalf of receiver Mark Reynolds.
Bids opened at €2m, and after 42 separate bids from five interested parties, the gavel dropped at €5.4m at the auction held at the Ormonde Hotel last week.

Peter confirmed that ten parties had approved funding - demonstrating that there is a pent up demand from developers willing to invest in Kilkenny.

“This is the first block of zoned land to come on the market in the city for the last ten years,” said Peter, adding that there is a huge demand for three to four bedroom houses. He hoped that this land sale will see the return of construction activity in Kilkenny.

And as he pointed out, he has nine disappointed underbidders looking for land and he would be delighted to hear from interested, zoned landowners.
The western environs of the city is earmarked for considerable infrastructural and residential development in the coming years.