Kilkenny businesses crippled by 300% and 400% increases in commercial rates, a TD has claimed 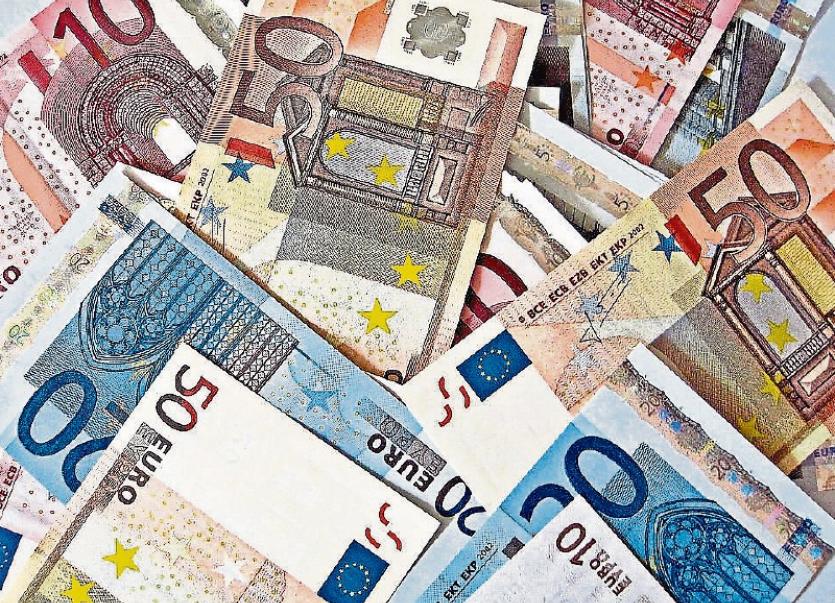 A considerable number of Public Private Partnerships (PPPs) exclude the SME sector in this country and as a result, the bigger players in the market are awarded contracts because smaller businesses cannot meet the criteria set out in the procurement process, Fianna Fáil Deputy John McGuinness told the Dáil.

Speaking during a debate on PPPs he said, for example, a company might be required to have a turnover of €8 million or €10 million over several years.

Those in the construction business from 2007 onwards would not have had that kind of turnover unless they were quite a large company.

“The market is limited and the State is not getting value for money,” he said. “Where there is value for money, one finds that the larger contractor gives a price but is screwing the subcontractors.

"We have seen so many of these larger firms go broke and it is the smaller businesses that pick up the slack and carry the debt, so that several of them have gone out of business.

"They cannot afford the type of hits they have endured from losses of revenue because they are not covered in these contracts.”

Similarly, in the construction of roads, he said contracts are awarded which are generally subcontracted to smaller companies or there may be a number of subcontractors involved in the scheme itself.

“Should the main contractor go broke, the small business invariably suffers,” he said. “There must be some rules within the procurement process that protects SMEs.

"The contract might stipulate payment regulations, such as how and when they should paid, and there should be a hold in the Department or the local authority on the payment sums being made to the main contractor, so that there would have to be proof of payment to the SMEs, and proof of efficient payment, which might limit the amount of money that could be lost should the main contractor go broke.”

SMEs being crippled by huge increase in rates

Numerous small businesses around Carlow-Kilkenny are being crippled by 300% and 400% increases in rates, Fianna Fáil Deputy Bobby Aylward told the Dáil.

He said some of the business owners to whom he had spoken will have to close. “Fianna Fáil introduced a Bill in the Dáil previously proposing that the level of increases levelled on an individual business must be capped,” he said.

“Any increase should be allowed to be staggered at the discretion of the local authority over a five-year period. This would mean the increase would be limited and spread over time, as opposed to the current process of a single large increase. There is a clear need for a formal appeal mechanism for businesses to the local authority to restructure debt payments on the basis of ability to pay.”

A revaluation was carried out in Kilkenny recently, he said. There were increases to small businesses' rates of 300% and 400%. This is impacting businesses.

“I am told that if there is no staggering, or if local government does not look at it, they will be closed down because they are SMEs.”

In reply, the Minister for Housing, Planning & Local Government, Eoghan Murphy said the Commercial Rates Bill is currently being drafted. “My understanding is that it does not require pre-legislative scrutiny, so once it is drafted and published, we will be able to move with it quite quickly,” he said.

“It will give new powers to local authorities of greater flexibility in how they treat businesses in their local authority areas.”

Concern as to whether the Minister for Communications, Climate Action & Environment is worried that there is only one bidder left for the contract to roll out the national broadband plan was expressed in the Dáil by Fianna Fáil Deputy Bobby Aylward.

“We started off with three or four, which became two and then, eventually, one,” he said.

“In terms of competition, is the Minister satisfied that the remaining bidder will be able to provide the service he envisages according to the timescale he has set out? Is 2020-21 still the date for the roll-out of that broadband?”

In reply, Minister Denis Naughten said as regards there being one bidder remaining for the contract, he was confident that this can be rolled out.

“From engagement with the company, I believe it is ascertaining how it can fast track the build and it is already engaging in that regard,” he said.

“Significant progress has been made since this issue was last discussed in the House and I am determined that the contract will be signed as quickly as possible and, more importantly, that the final phase of the roll-out across the country will begin.

"We expect that 90% of the country will be covered by 2020. The Comreg quarterly reports indicate significant ongoing improvements in the quality and coverage of broadband that people have and provide evidence of a significant step up in that regard.

"However, I will not be happy until every home, business and farm has access to high-speed broadband.”