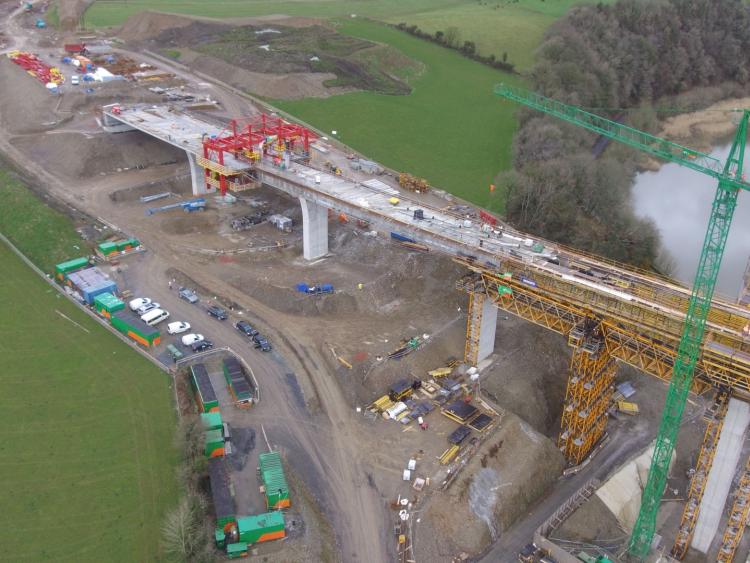 An aerial photo of the Barrow crossing under construction. Pictures: www.n25newross.ie

The public will get a chance to have its say on the naming of the new bridge between Kilkenny and Wexford, which will be the longest bridge in Ireland.

The €250 million N25 New Ross Bypass scheme is currently under construction at the Pink Rock in Glenmore, and remains on course to be open in 2019. At 900m, the 'Extrados-type' bridge will also be the longest bridge of this type in the world.

Local councillors are due to make a visit to the construction site of the bridge tomorrow (Friday) to see for themselves how work is progressing, and the Kilkenny People will have a full report on it in next week's paper.

The neighbouring local authorities in Kilkenny and Wexford have agreed that a ‘relevant and fitting name’ should be conferred on the bridge. In the discussion over a name for the structure, it was agreed at previous Piltown and New Ross Municipal Districts’ meetings to establish a steering group with representatives from both areas.

It’s expected the public consultation period will last for a period of around six weeks, with the steering group then to adjudicate on the submissions and agree on names to be forwarded to the Municipal District committees.

The proposed submission form also includes options to explain the rationale behind the suggestion, as well as the relevance and benefit it might have.

At the May meeting of the Piltown Municipal District, senior executive officer Brian Tyrrell said this was the process that had been agreed. He said it would likely come back as part of the agenda for the September monthly meeting.

Cllr Melissa O’ Neill asked if that meant it would not go through Kilkenny County Council’s naming committee. Mr Tyrrell said the process was different on this occasion as it involved two counties, and this was what was agreed. 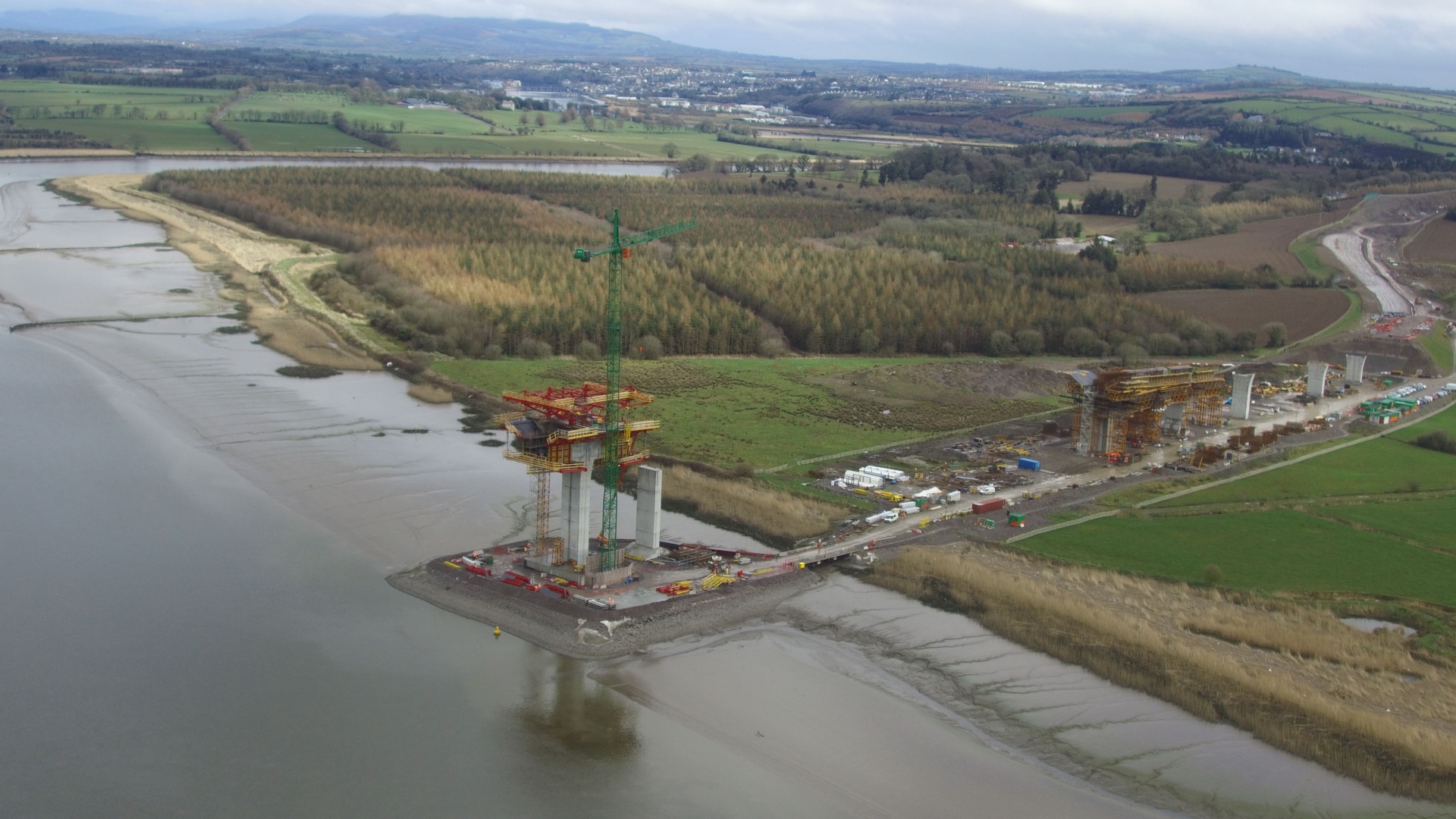 Cllr Fidelis Doherty said it was a good opportunity for the public to engage. Meanwhile, Cllr Eamon Aylward said that he felt a joint meeting with Wexford needed to be prioritised.

“There’s a number of issues there — not just the bridge but other things that need to be thrashed out," he said.