Column: Drink diary of my feeble attempt at sobriety 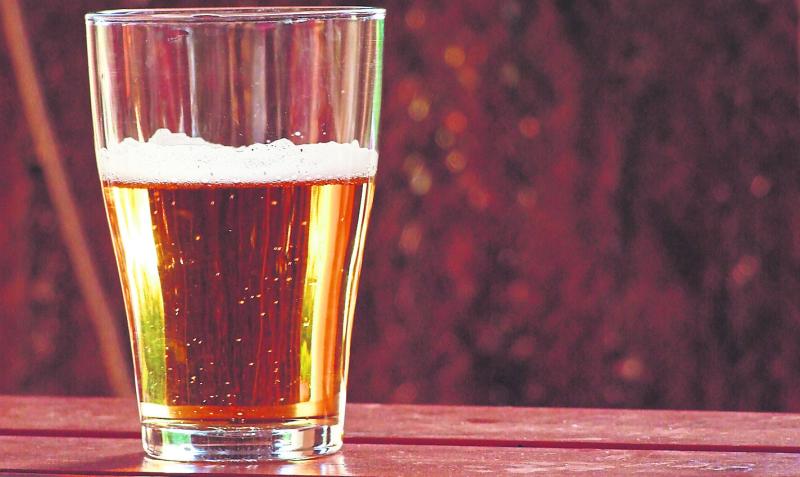 Alcohol is so prevalent in Irish society and when you couple that with someone who enjoys a drink, you might find yourself not going any longer than four or five days without an alcoholic beverage.

I decided to try and give up alcohol on April 22 of this year. That date was roughly six weeks from when I plan on travelling to Italy on holidays. I wanted the beach bod, but also...

I was tired of spending weekends hypnotised into thinking that in order to make the most of my days off it was necessary for me to consume some beers, or a bottle of wine.

I hated feeling tired and jaded on Sundays as a result of my revelry. It would also affect my mental health.

Everything seemed a little bleaker after two consecutive days of a few drinks, also commonly known as ‘The Fear’. The plan to sustain my abstinence was to do a little more running and take in water from my one litre bottle over the weekend.

The bottle helps trick the mind as you’re regularly taking it in your hand and taking sips out of it, much like a bottle of beer. A pint glass of water helps with this cognitive deception too.

It’s worth noting that in my mid-twenties I would drink seven nights a week, bottle of beer here, glass of wine with dinner there and a proper binge on weekends, but in the last two years; I have managed to cut it back to two nights a week.

Becoming a devoted teetotaller seemed like the next challenge to take on. The first week was relatively easy. I still had that hangover from hell fresh in my mind from the previous weekend.

So, I got to seven days without any real commitment issues arising. I was steadfast in my belief that I could do this, that I needed to do this. Sadly, it wasn’t to be. It was only week two when the problems began.

I cut my drinking back to two nights a week with relative ease over the last few years. Cutting it out altogether, as I was about to find out, was next to impossible.

Alcohol is so prevalent in Irish society and when you couple that with someone who enjoys a drink, you might find yourself not going any longer than four or five days without an alcoholic beverage.

A drink watching the match, a drink at a First Communion afters, a drink after work on a sunny day. I genuinely find it worrying that going two weeks off the booze is a real challenge for me. I’m not comfortable with that fact.

By the middle of the second week I was having dreams (or nightmares) about going back on the drink. I would wake up thinking, “Oh no, I’ve had a beer, the streak is over.” It stressed me out.

That’s withdrawal and also probably brought on in the knowledge that I was aspiring towards staying off the beer for six weeks. I became more irritable on the tenth and eleventh day.

Little things started to bother me. I’m chalking that down to the absence of drink or even the knowledge that no drink would be coming at the weekend.

By the twelfth and thirteenth day, the 29-year-old voice in my head started saying, “act your age, have a beer, enjoy life”. I ate everything and anything too. I was so hungry. All the time. Just like when I gave up cigarettes. I couldn’t stop eating.

I was weak and I knew the second weekend would break me. You just know when you’re going to capitulate. I had a beer at 1.30pm on the May Bank Holiday Sunday. My streak had lasted 14 days.

My failed attempt at sobriety has worked in the sense that I’m now more conscious of my relationship with alcohol and the frequency with which I consume it. Two weeks will hopefully become three at my next attempt.

The HSE recommend at least two drink-free days a week but they say there is no safe amount of alcohol. For me, it’s not about giving up drink for all time.

It’s about controlling my relationship with alcohol a little better and being able to step away from it for a period and when I do have a drink again; to have it in moderation.

Could you do it?