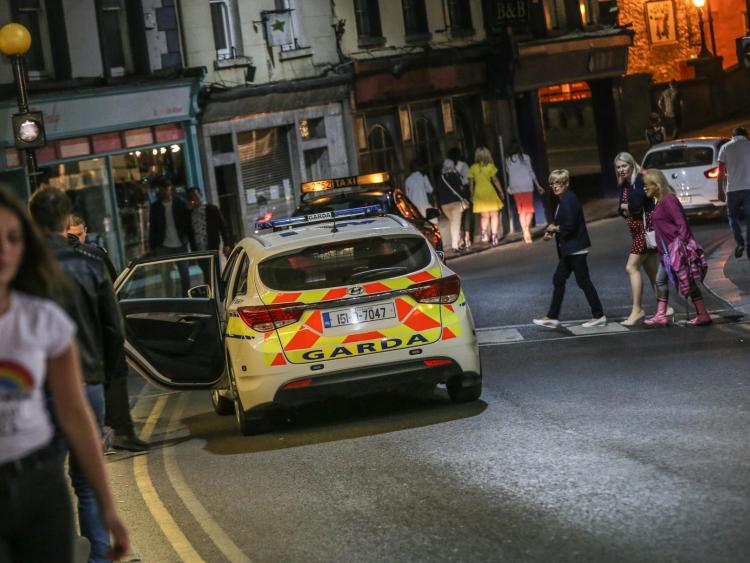 Operation City Safe is a back to basics policing plan for Kilkenny and it appears to be having its desired effect.

The significant Garda presence across the City on Saturday night sums up the entire initiative - Garda visibility is the ultimate deterrent of crime.

This Friday, it will be four weeks since the Gardaí in Kilkenny launched the policing plan to create safer socialising in the night-time economy in the City and the urban centre certainly feels safer.

Speaking on Saturday night about the impact of the roll-out in Kilkenny City, Sgt Laura Dragoi said the hope is to reduce crime over time.

“So far, so good. We’re getting a very good reaction from the public, locals, taxi drivers, tourists, the impact has been all positive,” she said.

The Gardaí carried out an analysis of incidents in the City in 2017 to inform the policing plan.

There were 194 assaults in the City last year and “most” of these happened on Friday, Saturday and Sunday between the hours of 10pm and 4am.

There were 548 Public Order incidents and the majority of these happened over the same few days between 11pm and 3am. 63% of all these incidents occur from Saturday to Monday.

The plan includes the presence of a Garda on a motorbike who was around the City on Saturday night between 10pm and 11pm and 2am and 4am.

There were also members on the beat, Garda vans and the Armed Support Unit was doing patrols as well.