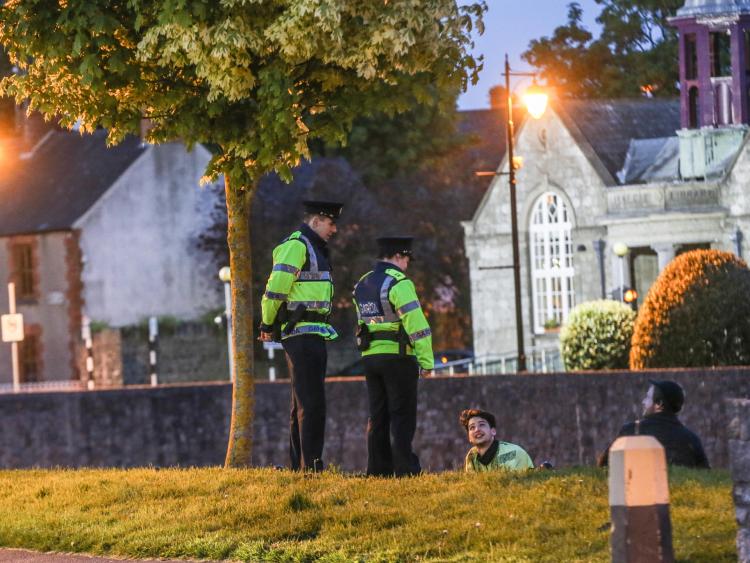 It’s only 10pm but the streets of Kilkenny City Centre are already thronged with people. A man with a vinegar soaked bag of chips, leaning against a wall, is the first thing that greets me on John Street.

It’s an early night for him.

But on the main thoroughfares and in the back alleys and the side streets, a carefully constructed plan is taking shape for another busy weekend.

Kilkenny’s reputation as a popular destination for socialising required a policing initiative capable of coping with all that that brings with it in terms of the potential for anti-social behaviour.

The action plan - which began on April 27 - sees Gardaí on beat patrols (pictured above) as well as static high visibility points at locations such as The Parade.

Other areas like John Street, Rose Inn Street and High Street have been identified as the “hotspots” for anti-social behaviour.

On Saturday, as I made my way through Kilkenny City, it was immediately apparent that the City’s Garda resources were out in force. It’s a statement of intent.

The Gardaí I saw - in teams of two - were engaging with members of the public, walking around key streets or standing at busy points in the City centre.

An Armed Support Unit was weaving its way through the City and the Garda on his motorcycle had already been down to Linear Park and the canal walk by 10.22pm.

He’d be down there again before the night was over. The visibility alone is a deterrent to public order incidents and violent assaults.

The men in red coats - the pubs’ bouncers - were even noticing an increase in Garda foot patrols and an extra Garda presence.

As I walked through the streets, it was reassuring to see so many members out and about.

That said, there will always be the bold and brash individuals who will cause an incident anyway. Nevertheless, I couldn’t help but feel that Kilkenny’s Garda force was striving to look after the county’s biggest town, its residents and its visitors.

The operation appeared organised and well-structured. It’s targeting the problem areas and it does instill a feeling that you’re safe - whether you’re on Kieran Street or John Street.

The plan is about keeping people safe, sure. It’s also about protecting the county and the City’s reputation as a great place to socialise.

If Operation City Safe is maintained - and there’s no reason to see why it won’t be - Kilkenny will establish a reputation as an immensely safe place to visit.

Operation City Safe is part of the county’s efforts to get Purple Flag accreditation - a European wide initiative that recognises an area as safe and a welcoming place for visitors and residents.