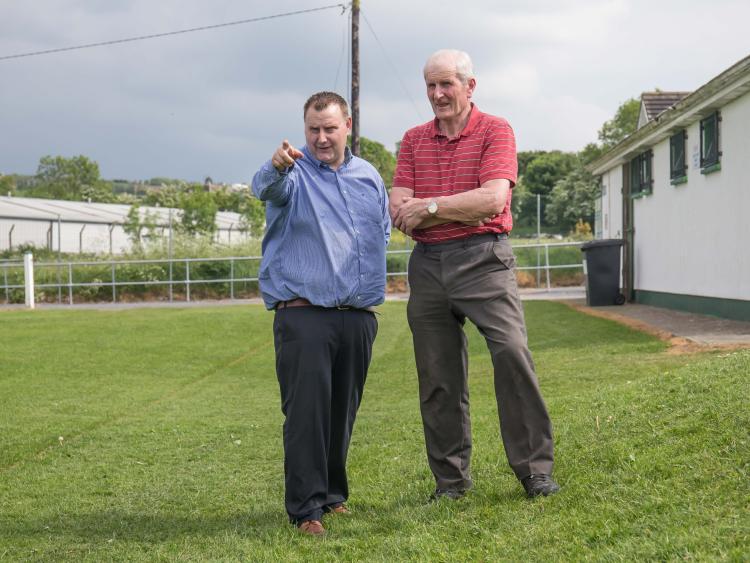 Ballyhale Shamrocks in Kilkenny – one of Ireland’s most successful hurling clubs – is at risk of being destroyed by flood relief measures proposed by the Office of Public Works.

At an estimated cost of €430,000 the works will see the Little Arrigle River in the village being diverted right through the club’s GAA grounds.

The “diversion of flow” will go primarily through the pitch closer to the village and will also cut through the walkway and along by the dressing rooms.

The hurling club was founded in 1972 and has been at the site in Ballyhale village since 1990.

It is home to Kilkenny hurling legends Michael and Colin Fennelly, TJ Reid and Henry Shefflin.

The measures for the area – which will protect 25 properties when completed - are part of Flood Risk Management Plans for Kilkenny under the Catchment Flood Risk Assessment Management (CFRAM) Programme.

From the plans and map published by the OPW (pictured in this week's Kilkenny People), Cllr David Kennedy said the works appear to start across from the national school with some “hard defences” being put in place there.

He added that the diversion of the river then starts at the back of the church running all along the back of the old Kilkenny Living Building and then through to Ballyhale Shamrocks front hurling field.

It then heads north towards Knocktopher where it will meet up at the old creamery.

Cllr Kennedy has said the OPW “will have to go back to the drawing board when it comes to the proposed flood relief works that are planned for Ballyhale”.

He noted that these plans do have to be brought before the Council in the coming weeks and they also have to be put out for consultation where members of the public can have their say on the matter.

“In most small rural villages the local GAA fields are the heartbeat of the community and I will be campaigning vigorously against these plans going ahead," Cllr Kennedy added.

In a statement, a Director of Services at Kilkenny County Council, Tim Butler, said: “Flood relief schemes are considered appropriate in Kilkenny for Graignamanagh, Thomastown, Inistioge, Freshford, Ballyhale and Piltown.

“During the process of preparing the plans a number of observations were made to the OPW including observations made by Kilkenny County Council in relation to the proposal for Ballyhale as detailed:  With regard to flood flow diversion route in Ballyhale is through the Ballyhale Shamrocks GAA club.

“In considering the observation it has been set out by the OPW that the flood management plans in all cases are outline design only and subject to further consultation and detailed design at which stage concerns expressed in the submission can be addressed.”

For more on this story and to read the club's reaction to the flood relief proposals, pick up this week's Kilkenny People.