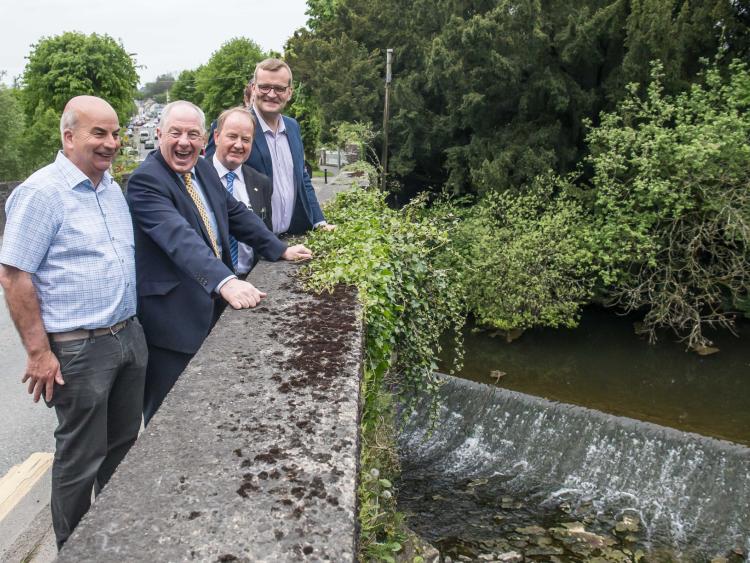 Castlecomer can become the new Killarney as local representatives approve the first stage of the Comer Pedestrian Bridge, a councillor has said.

The provision of a Pedestrian Bridge for Castlecomer crossed the first hurdle at last month’s full Council meeting with the passing of a Section 85 agreement between Kilkenny and Kildare County Council.

The Section 85 agreement with Kildare was necessary for them to manage the project as they are the lead authority for Transport Infrastructure Ireland bridge structures in the Leinster region.

Speaking at the meeting, Cllr John Brennan said the bridge – which will link with the Castlecomer Discovery Park - would have a huge impact on the town. “We can become the new Killarney, here in north Kilkenny.

“The Discovery Park is one of the biggest tourist attractions outside of Kilkenny City in the South East,” he said.

Last November, the bridge project hit a stumbling block due to it costing an estimated €369,000 and a shortfall in funding.

An application was put in under the Town and Village Renewal Scheme for €200,000 to provide a pedestrian and cyclist bridge over the River Deen linking Castlecomer Discovery Park with the town.

The application received a grant of €100,000 but the local authority continued to try and get the project over the line and engaged in discussions with TII.

The agreement at last month’s full Council meeting in Kilkenny followed a commitment from TII to design, tender and construct the bridge subject to planning. Cllr Maurice Shortall said: “The building of this important piece of infrastructure will have a triple ‘S’ effect of positivity.

“Safety: First and foremost how often we have witnessed how dangerous the narrow footpath was and the near miracle that nobody was injured.

"Socialising: The new Avalon Hotel with its 30 bedrooms and function room catering for up to 260 patrons is on target to open its doors in October what a timely boost.

"Sustainability: With the Discovery Park attracting 120,000 visitors annually we now need as a business community to step up to the plate to offer the necessary services to attract those visitors into our town.”