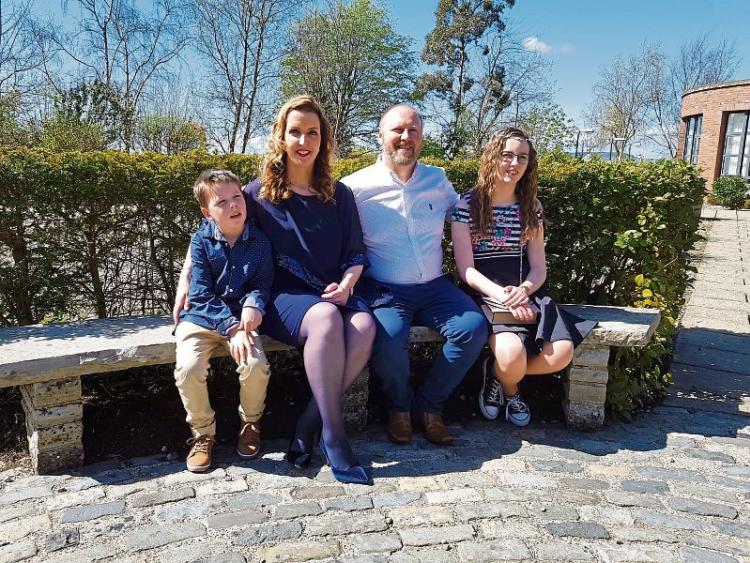 Vicky and Jim Phelan with their children Dara and Amelia

Kilkenny native Vicky Phelan - whose story and High Court case exposed the CervicalCheck scandal - will be presented with an Honorary Doctorate by University of Limerick this afternoon in recognition of her exceptional commitment to improving women’s healthcare in Ireland.

The conferring ceremony takes place today at 3:15pm in the Irish World Academy of Music & Dance on the college’s north campus.

In a statement, the University said: "Vicky Phelan, a graduate and former employee of UL, has shown tremendous courage and determination since her diagnosis of terminal cervical cancer.

"Erudite, articulate and forthright, Vicky has contributed to uncovering a scandal which has affected the lives of hundreds of women and their families, and in doing so has given immeasurable service to the women of this country.

"As a result of her dedication to helping other people in similar circumstances, an investigation of the shortcomings of the current system is taking place so that in future, Ireland will have the benefit of a service corresponding to the highest international standards.

"Underpinning her commitment to women’s health, despite her own situation, Vicky has continued to call on women to participate in the cervical screening programme."

A special reception in honour of the Mooncoin mother-of-two was held by Kilkenny County Council recently at County Hall.